A Centennial Celebration of Morgan and Peace Dollars

Along with the entire numismatic world, NGC is celebrating the 100th anniversary of the last Morgan Dollar and the first Peace Dollar. The 1921 issues of these coins are significant not only because they mark an important transition for the American silver dollar but also for the country — from a wild frontier to world power. With the US Mint’s release of 2021 Morgan and Peace Dollars, collectors have the extraordinary opportunity to fall in love with these iconic coins all over again.

(1878-1904, 1921)
More than any other coin, the Morgan Dollar evokes the Old West and the frontier expansion of the 19th century. Today, the coin of prospectors and pioneers is among the most prominent and beloved American series.

(1921-1928, 1934-35)
Youthful and serene, the Liberty of the Peace Dollar symbolizes America’s modernization in the 20th century in addition to commemorating the end of World War I — a coin and a country looking toward the future.

Which silver dollar is your favorite? Submit your vote to see if more collectors are Team Morgan or Team Peace.

Submitters may also select the popular NGC Early Releases or First Releases designations and labels for the 2021 Morgan and Peace Dollars if they are received by NGC within the first 30 days of release.

For instructions on submitting the new 2021 Morgan and Peace Dollars, click here.

For information about bulk submissions of 1921 Morgan and Peace Dollars and multi-coin sets, click here.

Commemorating the Mints that Made Them

The new 2021 issues include five versions of the Morgan Dollar to commemorate the mints that produced the original coins: the historic Philadelphia Mint, the Carson City Mint, the San Francisco Mint, the New Orleans Mint and the Denver Mint. Learn more about the Morgan and Peace Dollars struck at each mint by selecting the mint buildings below. 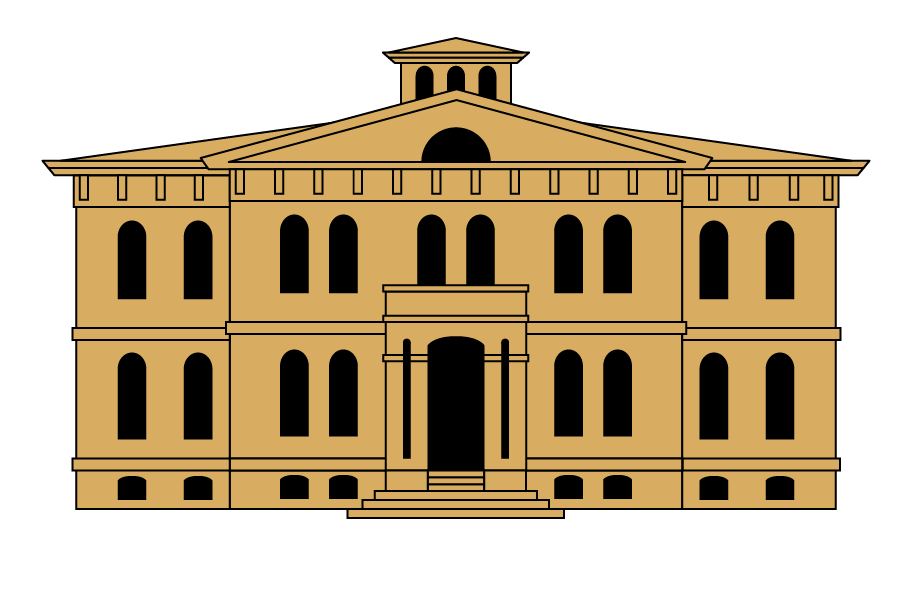 NGC is the world's leading grading service for Morgan and Peace Dollars.

(A comprehensive population report, the NGC Census shows the latest number of coins certified by NGC for every type and grade.) 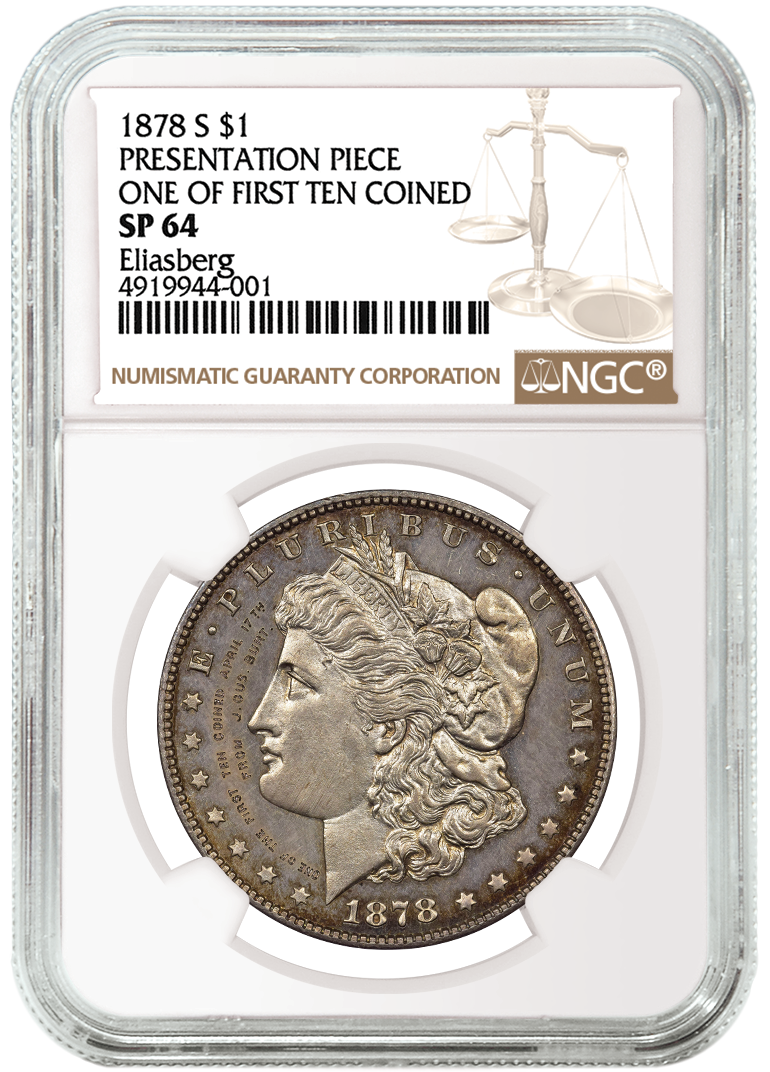 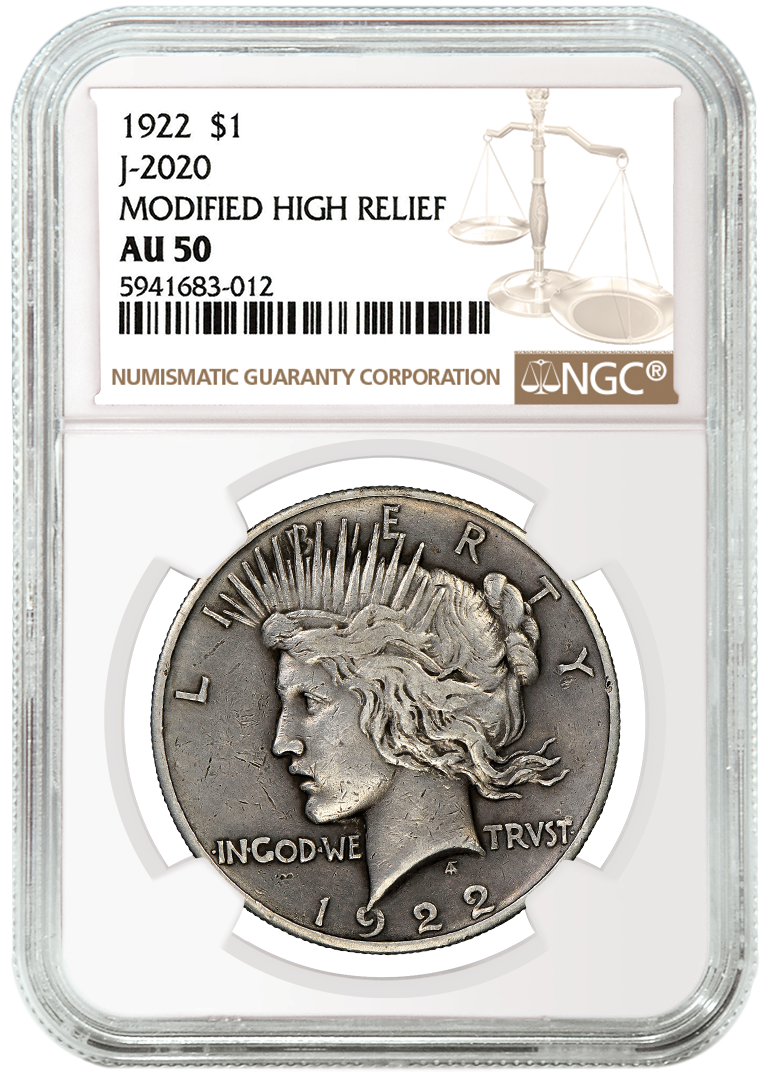 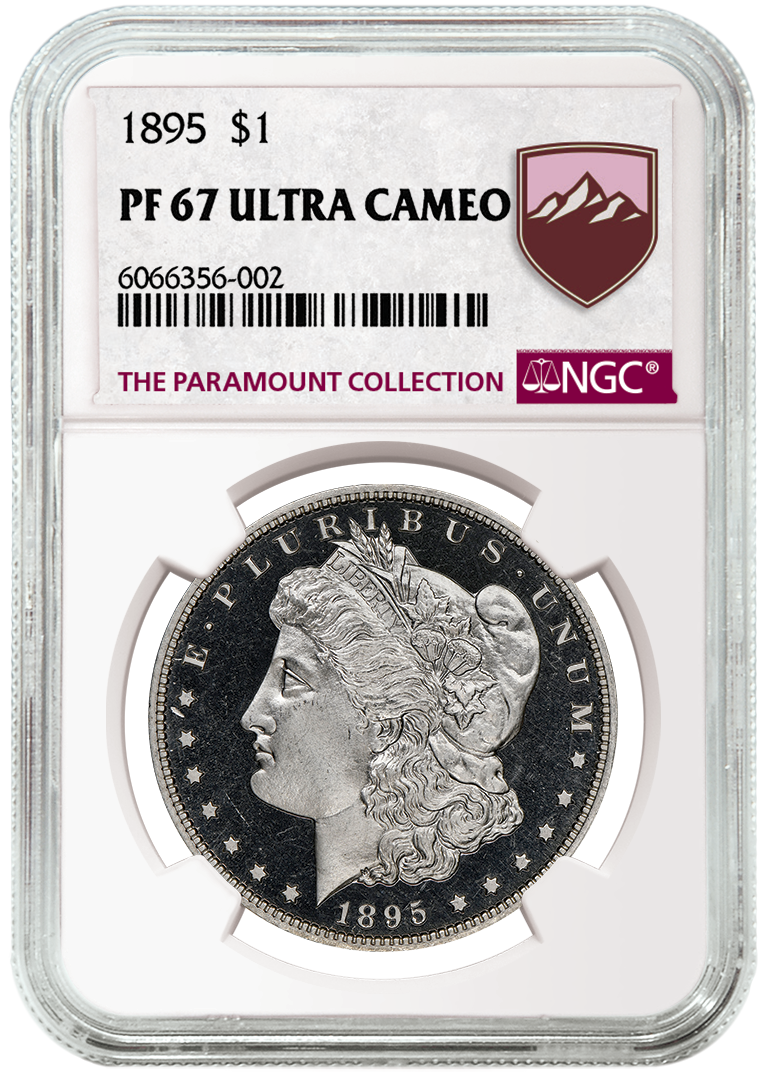 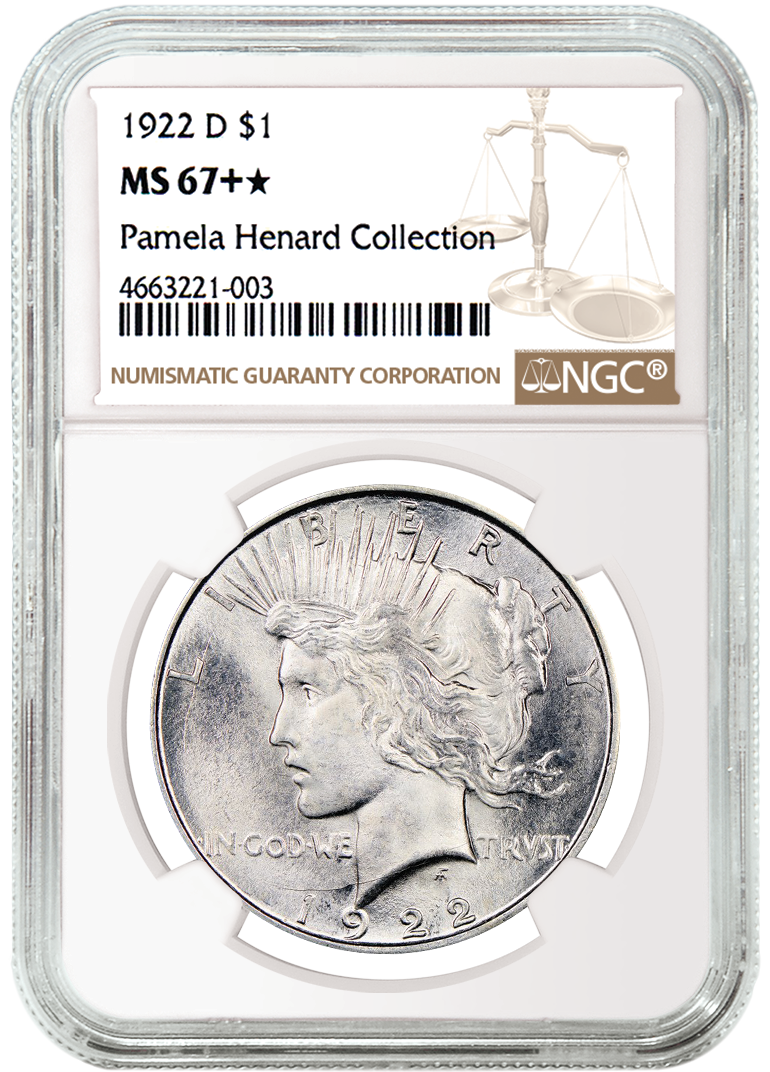 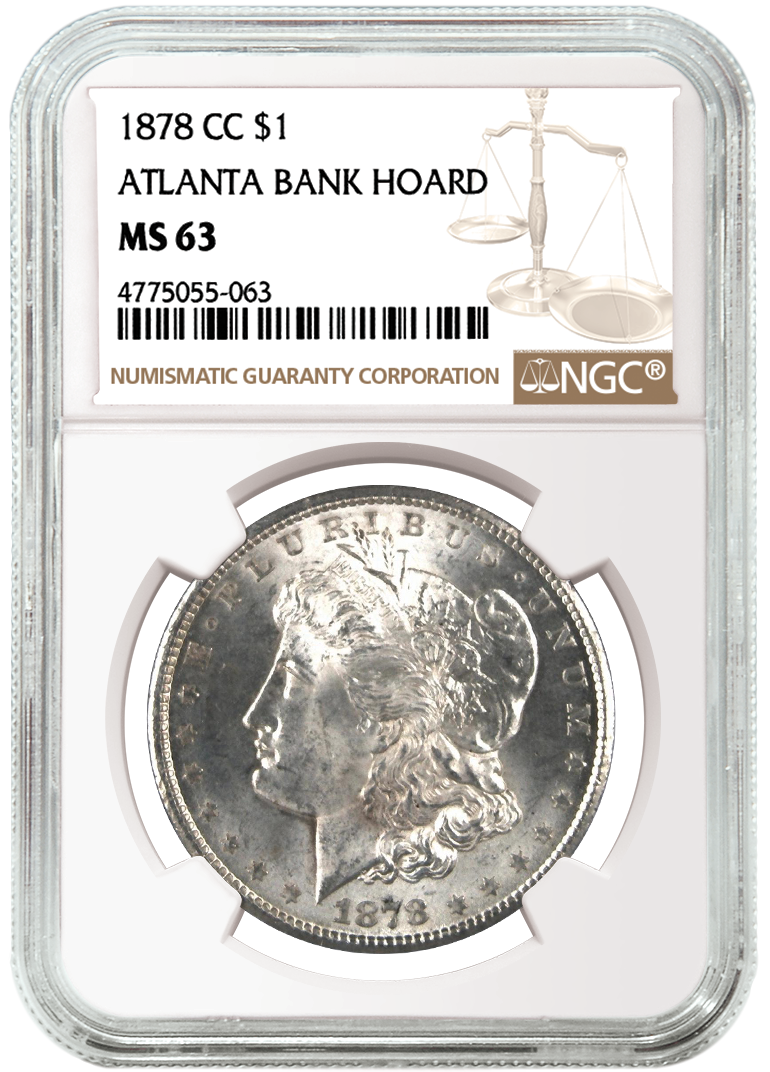 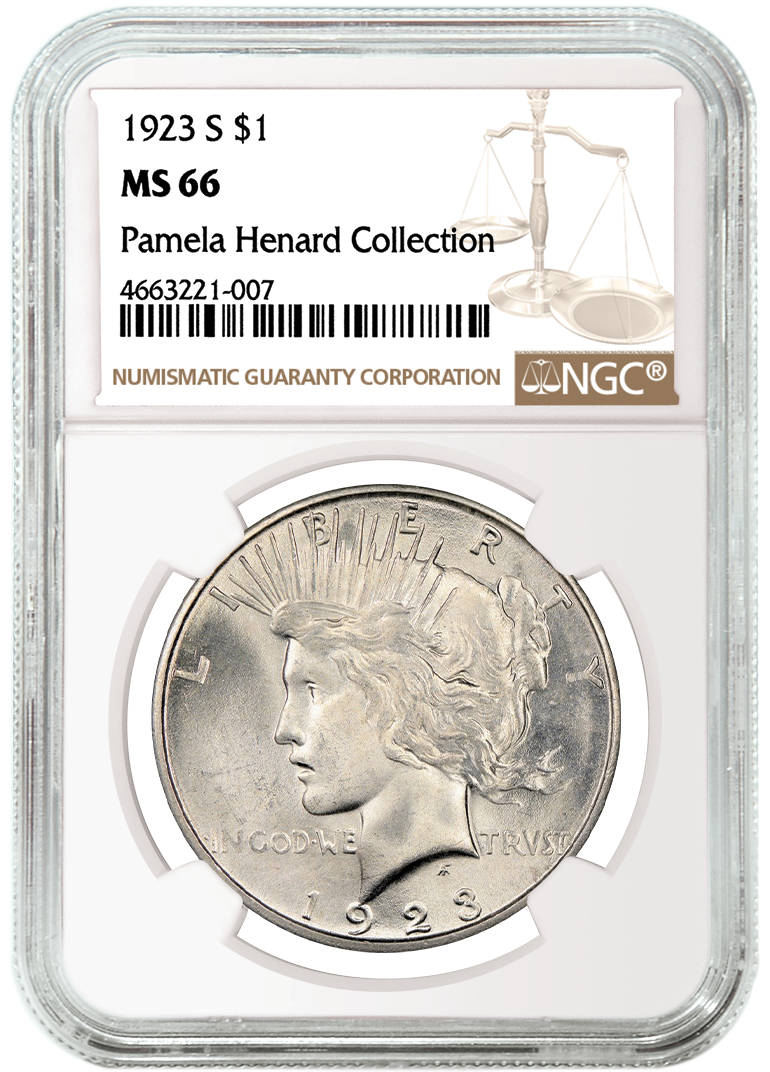 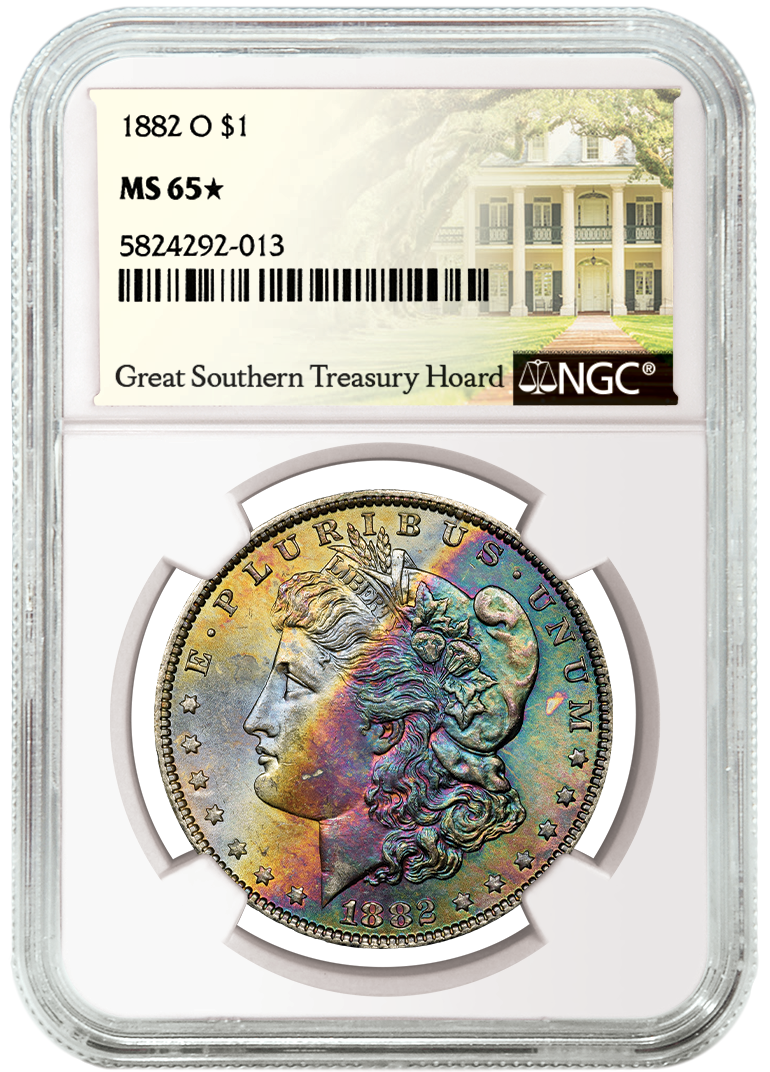 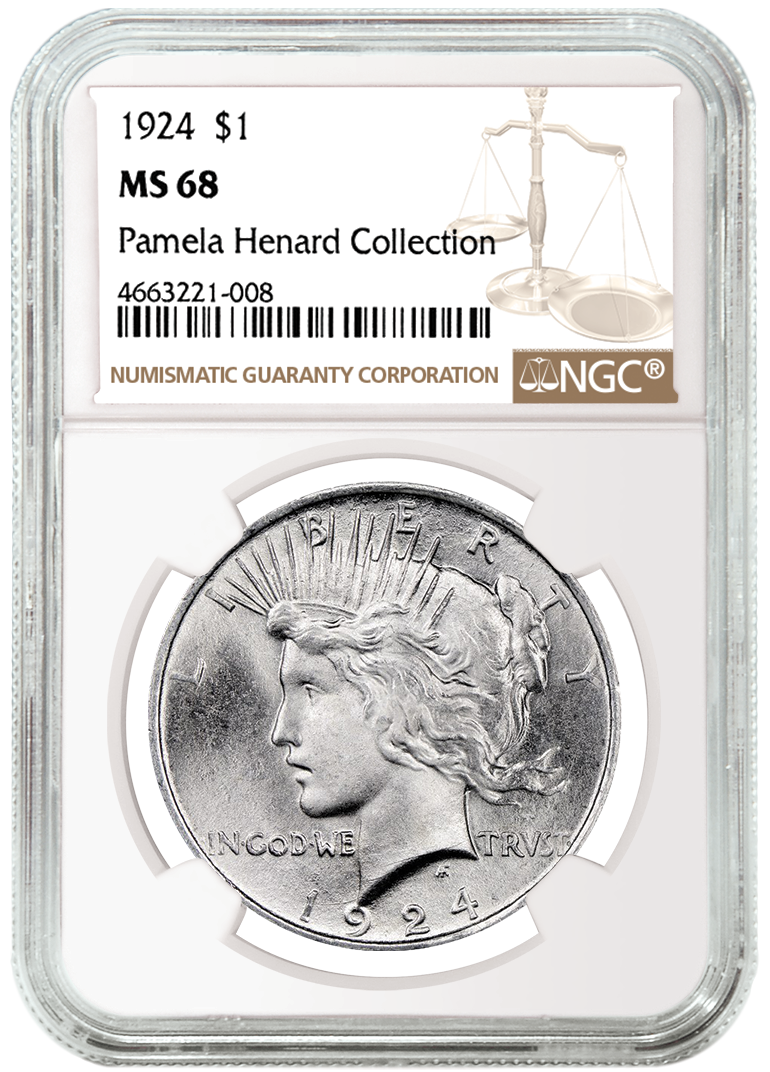 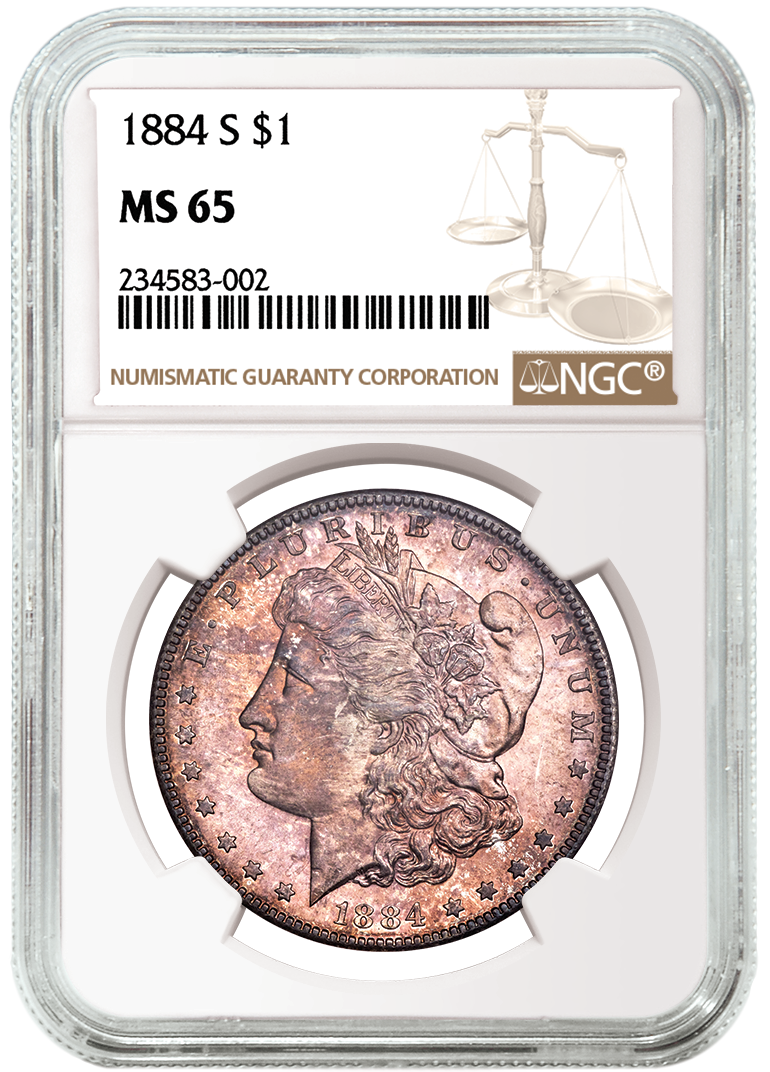 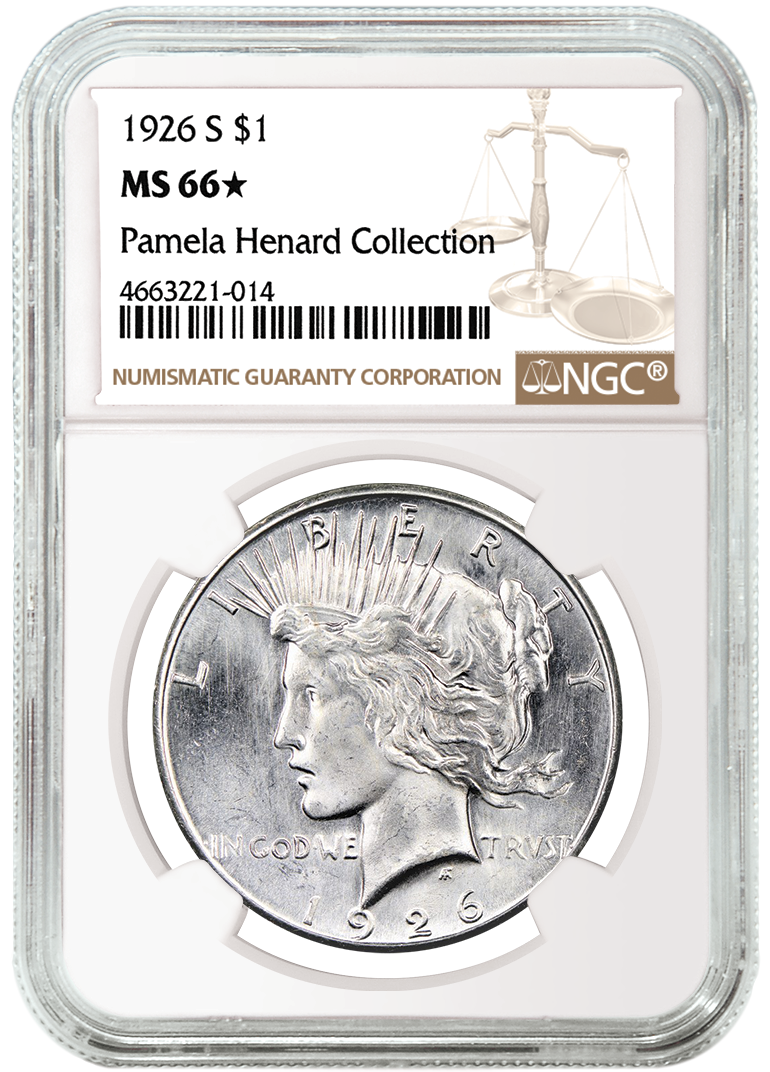 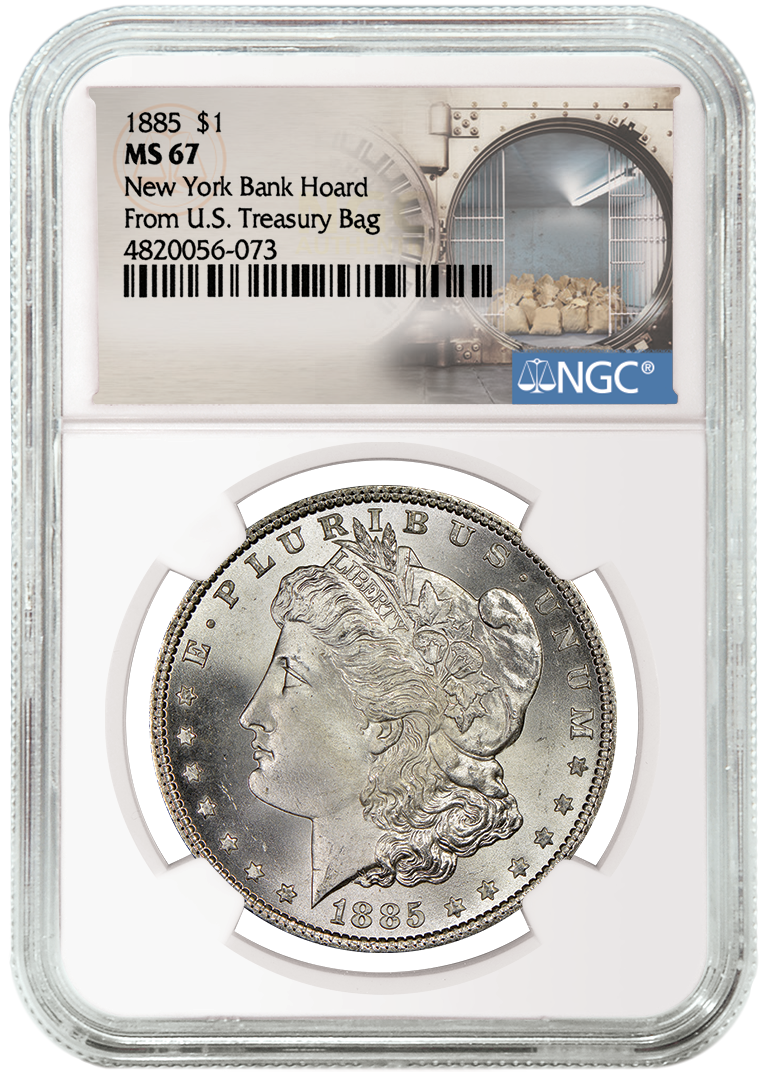 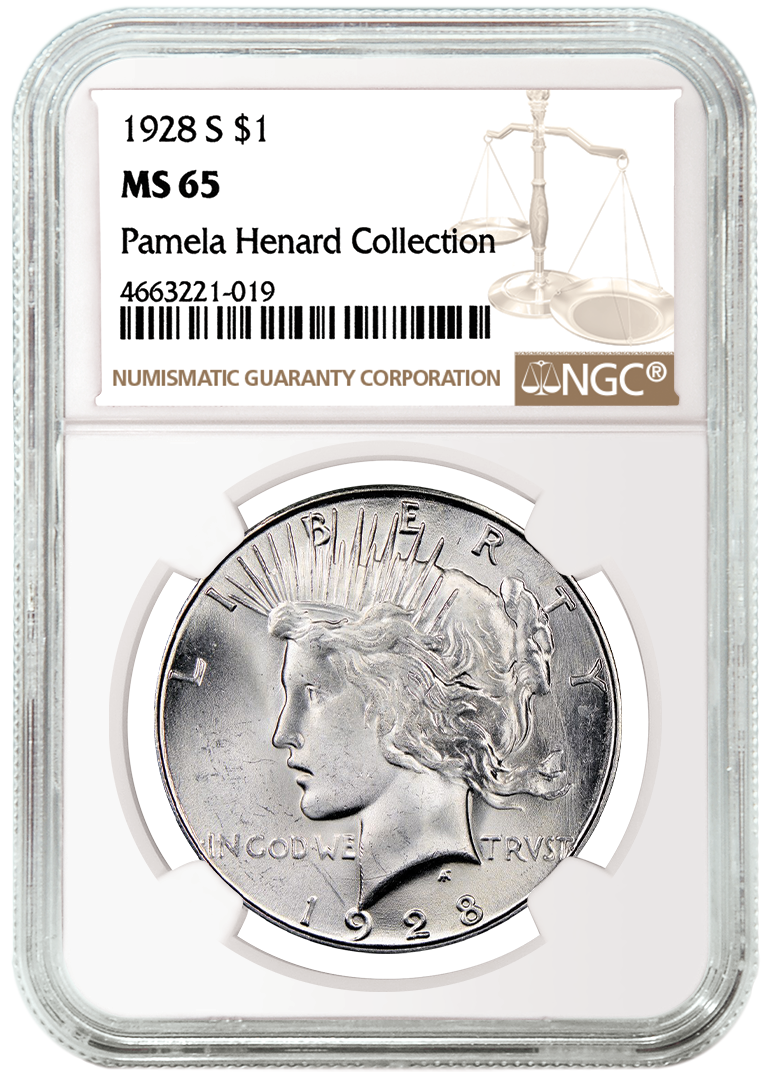 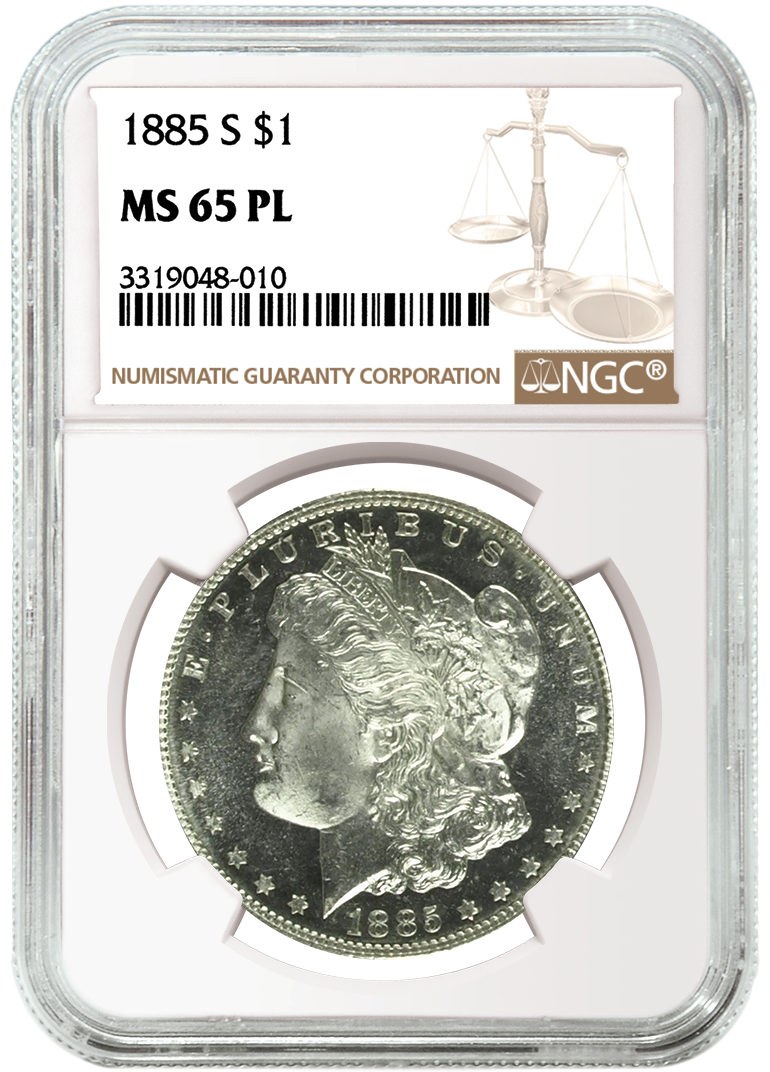 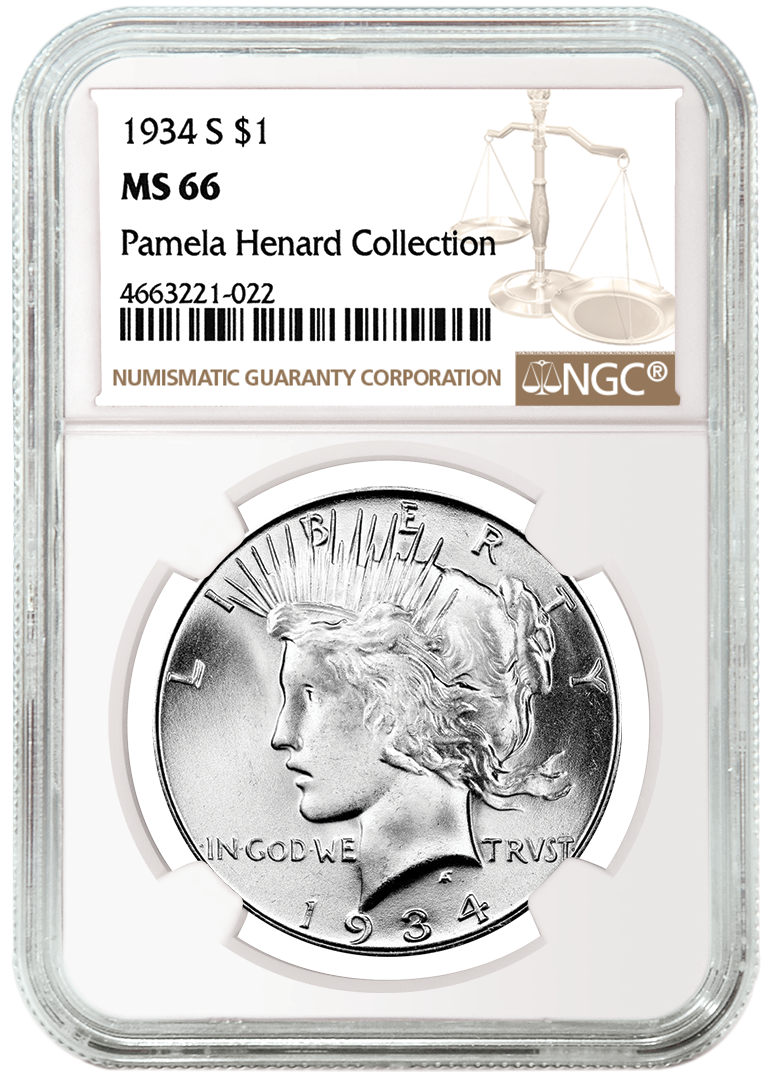 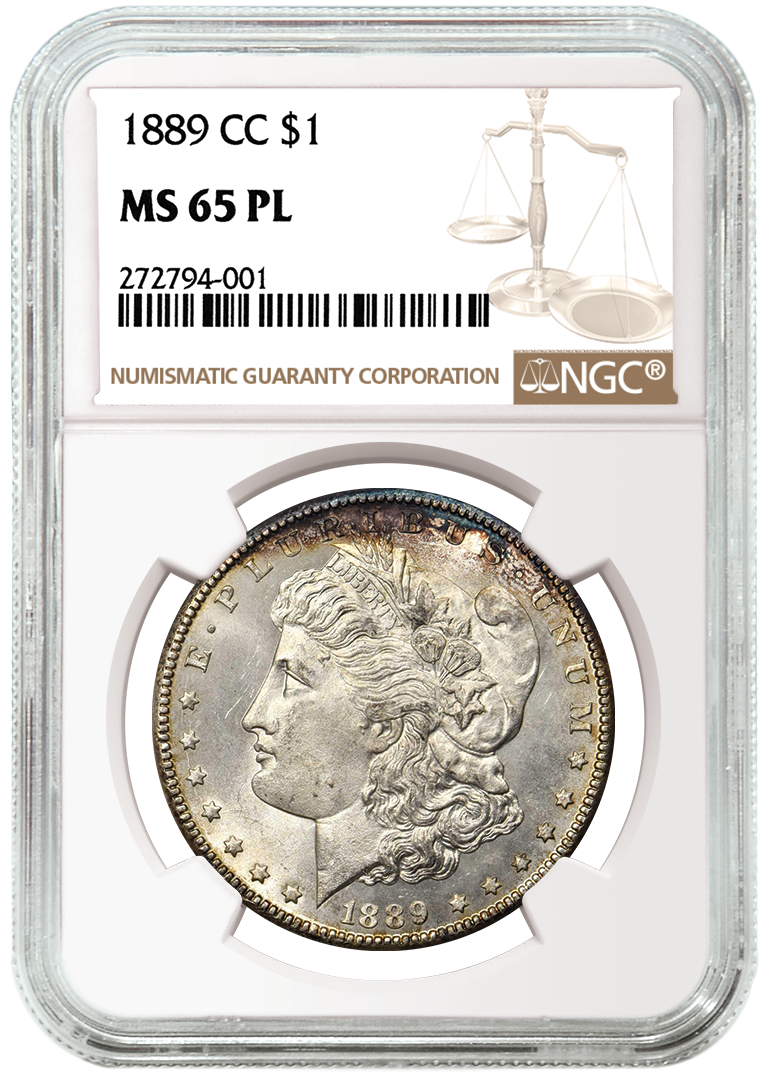 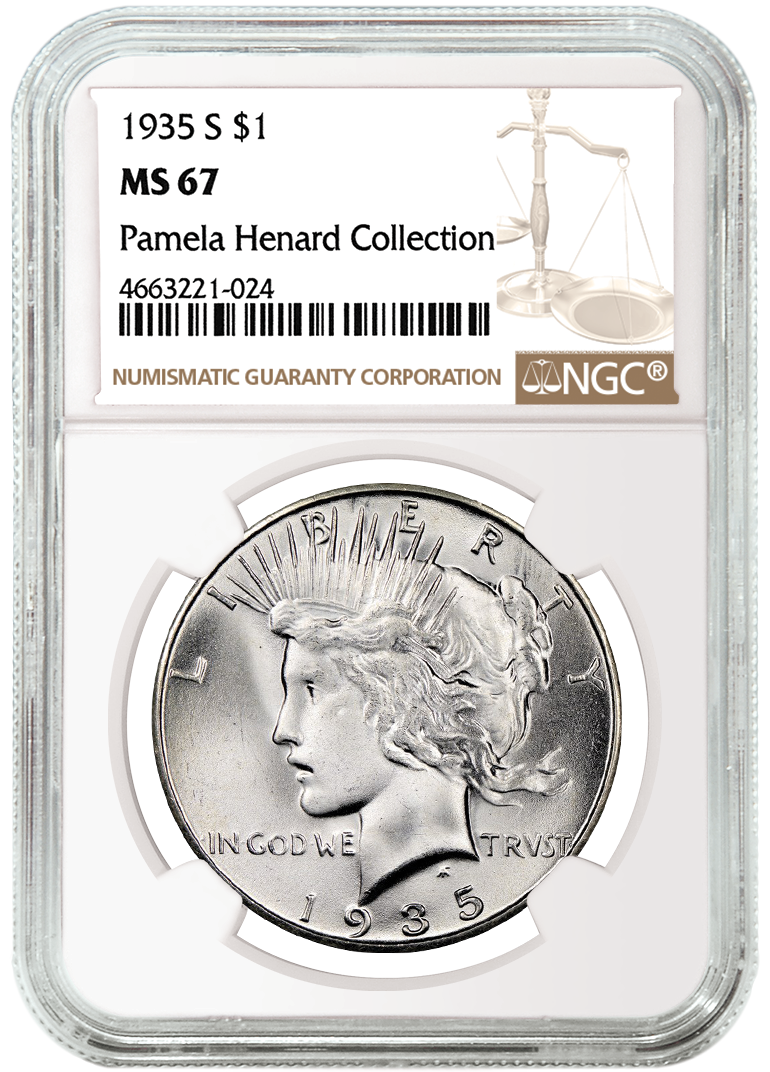 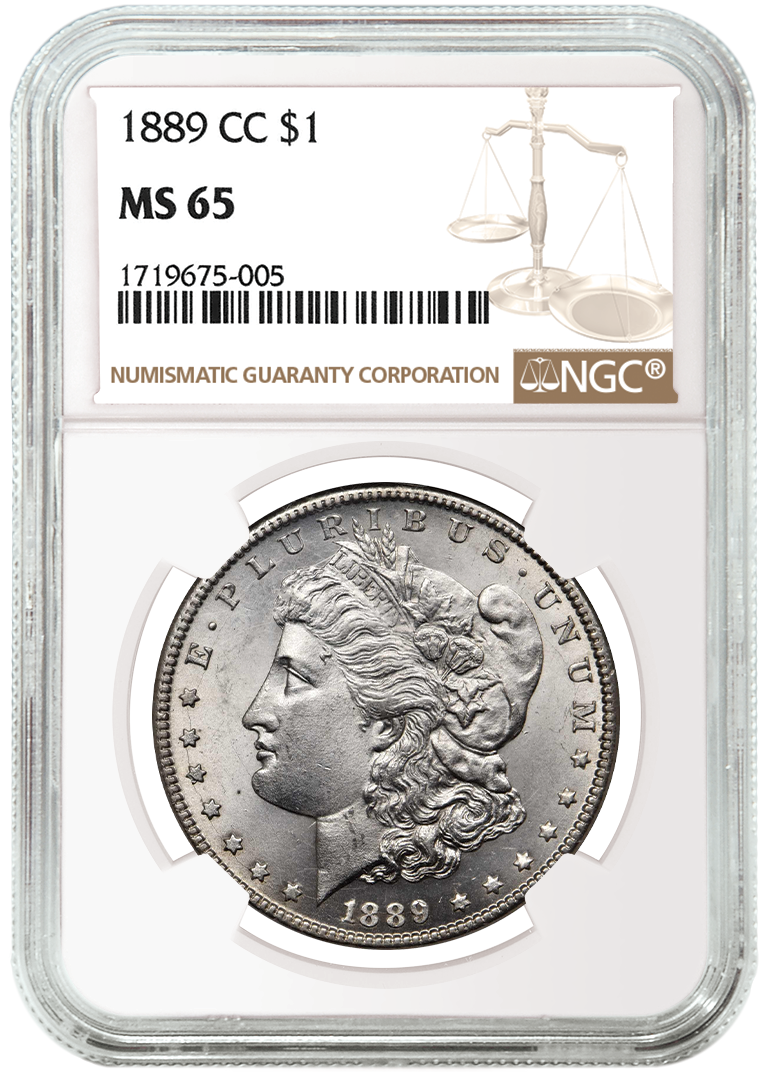 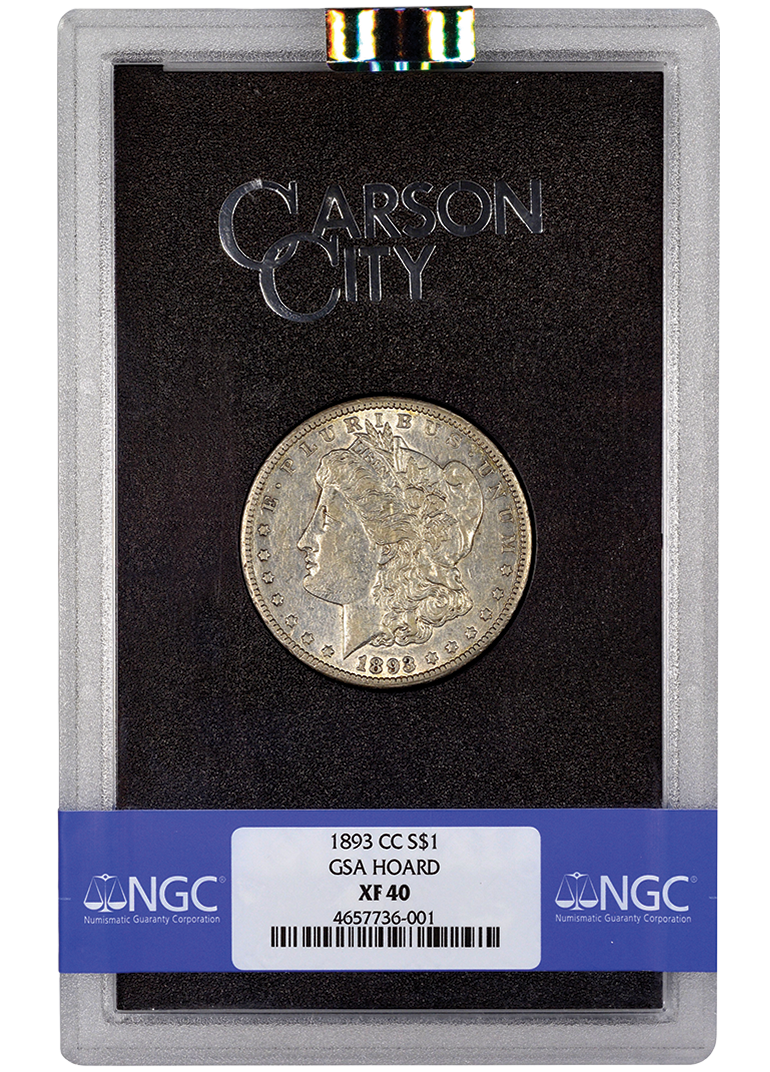 Only 1893-CC Morgan Dollar in a GSA Hoard “Hard Pack” graded NGC XF 40
“For many people, the Morgan and Peace Dollars helped to spark the pursuit of coin collecting. The release of new Morgan and Peace Dollars in 2021 will appeal to virtually all collectors and inspire a new generation of numismatists.”
– Mark Salzberg, NGC Senior Grading Finalizer
“The 100th anniversary has already brought an incredible spike in prices for the two basic issues of 1921 Morgan and Peace Dollars. When the US Mint begins to release its modern versions, demand for the vintage coins is sure to increase even more.”
– Jeff Garrett, Coin Dealer and former ANA President
“One thing for sure: The rash of excitement surrounding the centennial issues commemorating the last Morgan and first Peace Dollars this year are driving the Morgan and Peace Dollar market to new heights.”
– Jim Bisognani, NGC Price Guide Analyst

Morgan Dollars and Peace Dollars are among the most popular coins in the NGC Registry, with more than 10,000 sets featuring these coin series, many with photos and stories.

Over the years, Morgan and Peace Dollars have been the subject of many NGC news articles, appeared in numerous auctions and highlighted in other NGC online resources.

Find them all here >
Join NGC today to submit your coins!
Learn more

Established in 1792 as the nation’s sole coining facility, it was at the Philadelphia Mint’s Engraving Department that George T. Morgan created his models for the dollar coin that ultimately would be named for him. Initially called the Bland Dollar, after sponsoring Congressman Richard P. Bland (D-MO), it debuted early in 1878 and underwent several minor revisions that year. The three different reverse hubs used for 1878(P) dollars have provided rich fodder for collectors ever since. It was at the Philadelphia Mint, too, that all dies were prepared for the various other mints around the nation.

Most P-Mint Morgans are common, though the low-mintage issues of 1894 and 1899 are semi-keys in the series. The ultimate rarity, however, is the 1895(P) non-Proof edition, of which 12,000 pieces reportedly were coined. Not a single example has ever been confirmed to survive, and it’s surmised that all were among more than 270 million silver dollars melted during 1918-19 under terms of the Pittman Act.

The Philadelphia Mint alone coined Peace Dollars in their first year of 1921. All of the one million examples produced there were struck during the year’s closing days and released early in 1922. Struck in high relief, the 1921 Peace Dollar is a very desirable coin, though also one for which Mint State survivors are plentiful. Designed by Antonio de Francisci, his high relief models proved too destructive to the dies, so Chief Engraver George T. Morgan lowered the coin’s relief for 1922 and subsequent issues. All of the P-Mint Peace Dollars from 1922 through the series’ end in 1935 are fairly common, though the lower than usual mintage of the 1928(P) dollar has earned it semi-key status.

Perhaps the most romantic and popular of the various US Mints, the mighty stone edifice in Nevada’s state capital opened in 1870 and struck coins for just 24 years. Morgan Dollars were produced there from 1878-85 and 1889-93. Most of these coins were not needed for commerce at the time and remained idle in vaults for decades. Relocated to the US Treasury, they went undiscovered until the growing popularity of collecting silver dollars finally drew down the Treasury’s stock to the point where these oldest and scarcest pieces were revealed. When that happened the redemption of silver certificates with silver dollars was halted in March of 1964, as the government decided what to do with its bonanza of rare dates/mints.

A series of mail-order auctions for the Treasury’s hoard of over three million silver dollars, most of them bearing the prized CC mintmark, commenced in 1972. The last sales were held in 1980 and resulted in a complete sell-out. This dispersal was conducted by the General Services Administration, which mounted the coins in either rigid plastic holders or pliable plastic sleeves, according to its primitive interpretations of grading. NGC was the pioneer in certifying GSA-holdered coins in their original packaging, which now command significant premiums. These sales revealed that huge percentages of the Carson City dollars dated 1882-85 had survived in Mint State, yet they’ve held their market value well and have only risen in price since that time. Other issues, notably 1879-CC and 1889-CC, were not well represented in the GSA sales and remain key dates.

Opened in 1854, the San Francisco Mint struck Morgan Dollars every year of the series. Its coins are particularly prized for their often Prooflike fields, and this attractive feature is particularly common for the years 1880-81. These dates grace many a type collection, due to their outstanding eye appeal. Several issues are quite scarce in Mint State condition, the coins dated 1884-S, 1892-S and 1893-S being among the most highly sought. Most S-Mint Morgans are also very well struck, with the sole exception of 1921-S. This issue was produced at a time when all of the US Mints emphasized economy over quality.

Peace Dollars were coined at the San Francisco Mint in every year but the first, 1921. Like the 1921-S Morgans, the S-Mint Peace Dollars of the 1920s typically display weak strikes from worn dies, though all are sufficiently available to collectors that superior examples may be found with patience. Gems of the 1925-S and 1928-S dollars are extremely rare and highly prized. The 1934-S Peace Dollar is most often found worn, and this issue in Mint State is the overall key to the series.

Operating continuously from 1838-1861, the New Orleans Mint shut its doors during the first year of America’s Civil War. It was re-opened in 1879 primarily for the purpose of coining the many millions of silver dollars mandated by the Bland-Allison Act of 1878. This it did faithfully through 1904, when the bullion supply finally was exhausted. The O-Mint Morgan Dollars of 1879-81 were well made, but after that time, production became careless, and the coins of this mint are notorious for poor strikes lacking in central detail. Issues that are quite plentiful in Mint State are oftentimes rare when found fully struck.

There are no major rarities within the New Orleans Morgan Dollars by date alone, but several issues are scarce in Mint State and are genuinely rare at the gem level (MS 65 and higher). These include 1886-O and the O-Mint dollars dated 1893 through 1897. Aside from 1894-O and 1897-O, all of these are six-figure coins when certified as MS 65.

Coining ceased at the New Orleans Mint after 1909, so it did not participate in the Morgan Dollar’s 1921 revival nor in the subsequent production of Peace Dollars. Thus, the 2021 Morgan Dollar with its “O” privy mark is the closest collectors will come to owning a 1921-O example.

As America’s center of population gradually moved westward, it was determined that a new coining facility was needed in the central part of the nation to relieve the aging and inefficient New Orleans Mint. Indeed, that southern plant ceased production just three years after the Denver Mint began operations in 1906. The Pittman Act of 1918 prompted the melting of hundreds of millions of silver dollars in that year and 1919, with instructions that these coins were to be replaced with newly-purchased bullion once the economic crisis had passed. So, in the spring of 1921, the Denver Mint began its production of replacement coins using the old Morgan design of 1878. The 1921-D Morgan Dollars are quite common in Mint State. Most are well struck, though often riddled with die cracks, almost a hallmark of D-Mint coins of all denominations at that time.

Denver’s production of the new Peace Dollar was sporadic, occurring only in 1922, 1923, 1926, 1927 and 1934. The D-Mint Peace Dollars tend to be the best struck of the three mints that coined them, and all of these dates are readily available in Mint State. Only the 1927-D issue is rare at the gem level (MS 65 and higher), though gems of the 1934-D dollars are scarce. That final date is notable for a very obvious doubled-die obverse variety that was paired with two reverse dies having different sized mintmarks.