The 2017-S Enhanced Uncirculated Set can be encapsulated with NGC's 225th Anniversary US Mint label at no additional charge.

The US Mint released a limited-edition 10-coin 225th Anniversary Enhanced Uncirculated Coin Set on August 1 in conjunction with the ANA World's Fair of Money in Denver. The 2017-dated set includes five different America the Beautiful Quarters, one Native American $1 coin, one Kennedy half dollar, one Roosevelt dime, one Jefferson nickel and one Lincoln cent. Each coin features an "S" mint mark signifying that they were struck at the San Francisco Mint.

There is a maximum of just 225,000 sets; the number was chosen to mark the US Mint's 225th Anniversary this year.

NGC will celebrate the 2017-S Enhanced Uncirculated Set by encapsulating them with its US Mint 225th Anniversary special label for no additional fee. ANA Submissions Note: Planning to submit at the ANA show in Denver? Read this article first. 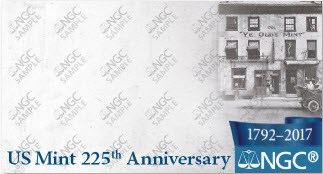 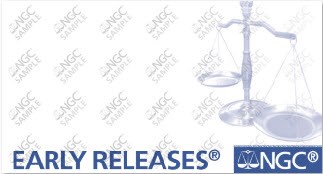 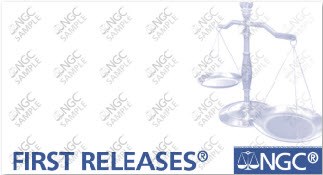 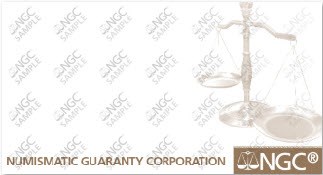 Dealers should contact Miles Standish at Miles@NGCcoin.com or 949-922-0515 or Scott Heller at SHeller@NGCcoin.com for bulk submissions.