Missing Edge Lettering error coins exist for each of the first 15 coins in the Presidential Dollar series, from presidents Washington through Buchanan.

One of the most infamous figures in the history of modern US coinage is William Gray. He is the former Philadelphia Mint Police Officer who, during a period of four years, stole thousands of Presidential Dollar Coins missing their edge lettering inscriptions from the Mint and sold them to coin dealers for over $2 million. He has since been sentenced to prison, forfeited property and been ordered to pay restitution but an interesting legacy remains for coin collectors. The coins he stole are now well dispersed and highly collectable. 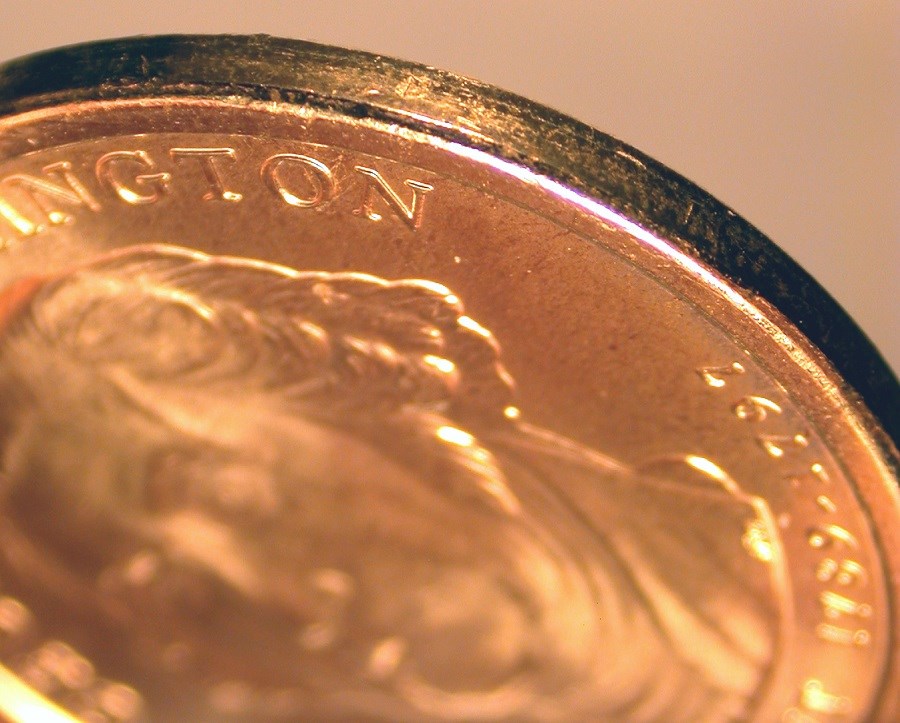 Missing Edge Lettering dollars are coins that skipped a step during minting. Legislation required that the date, mintmark, and mottos E PLURIBUS UNUM and IN GOD WE TRUST appear on the edge of the Presidential Dollar. To accomplish this, coins are passed through an edge lettering machine after their obverse and reverse are struck. Occasionally this step was bypassed and a coin was released without edge inscriptions. This occurred by accident, of course, but now it's known that coins in the marketplace also include those stolen by Gray — although there's no way to conclusively distinguish which are which.

Missing Edge Lettering error coins exist for each of the first 15 coins in the Presidential Dollar series, from Presidents Washington through Buchanan. The most common, by far, is the 2007 Washington Dollar. The next most common Missing Edge Lettering coins are, in order, John Adams, William Henry Harrison, Taylor, Fillmore and Van Buren. An exciting feature of these mint errors is how accessible they are. Certified gem examples (MS 65) for most of these issues can be found for under $100, although higher grade examples cost more.

From 2005 to 2010, coins sold in Uncirculated Mint Sets by the Mint had a distinctive satin finish and are designated as SMS (for “Special Mint Set”) by NGC. Several Presidential Dollars are known with Missing Edge Lettering in both regular circulation finish and the satin finish used for coins placed in Uncirculated Mint Sets, and some are known in only one finish. The most common satin finish coins without edge lettering are, by far, the John Quincy Adams and Madison dollars with over 1,000 pieces known. All other satin finish coins are scarce or rare, ranging from a couple hundred to just a handful of reported specimens — and only one satin finish example of the George Washington Dollar has been reported!

The scarcest coins of these first 15 Presidents in any finish are Jackson and Monroe, with only a few hundred known of each. Initially, these coins traded for huge premiums, but transactions don't reflect their relative rarity.

Beware!
The edges of some Presidential $1 Coins are filed down to appear to be missing edge lettering coins. They are altered coins and not the genuine article. Click to learn more. Published March 2007.

Coins missing their edge inscriptions were the first US dollar coins since 1866 to lack the motto, "In God We Trust." Rather than calling them Missing Edge Lettering Dollars, some media outlets used the rather more incendiary term, "Godless dollars."

Accordingly, after error coins surfaced, the decision to move the motto to the coin's edge did receive criticism, perhaps most notably by former Alaska Governor and Vice Presidential Candidate Sarah Palin, who blamed congress: "Who calls a shot like that? Who makes a decision like that?" But the initial proposal wasn't controversial. The 2005 Presidential $1 Coin Act was approved by unanimous consent in the Senate and by an overwhelming majority in the House before being signed into law by President Bush.

Nonetheless, Congress enacted a fix relatively quickly. The 600+ page Consolidated Appropriations Act, 2008 formally updated Section 5112 of US Code Title 31, which includes all the general rules concerning coinage. It is now required that the motto appear on either the obverse or reverse of all coins. The Mint complied beginning with the first issue of 2009, the William Henry Harrison $1, by moving "In God We Trust" to the obverse.