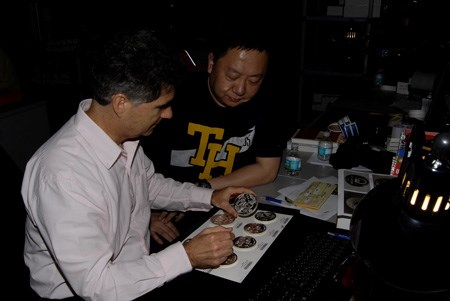 The headquarters of CCG is a 5,600 square meter purpose-built facility protected by a variety of security features including a staff of armed guards, alarm systems and more than 150 surveillance cameras. The climate-controlled building is designed to provide the highest level of protection and preservation for valuable collectible submissions. 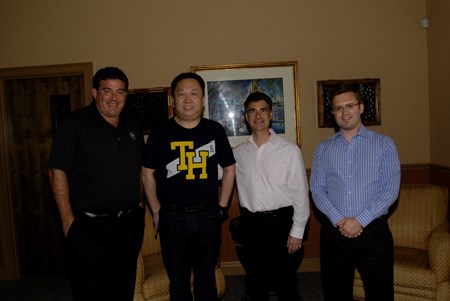 Mr. Wang was given a tour of the facility by Steven R. Eichenbaum, CEO of the Certified Collectibles Group. After the tour, Mr. Wang met with David J. Camire, NGC Finalizer and NCS President, who gave insights into the NGC grading and NCS conservation processes. 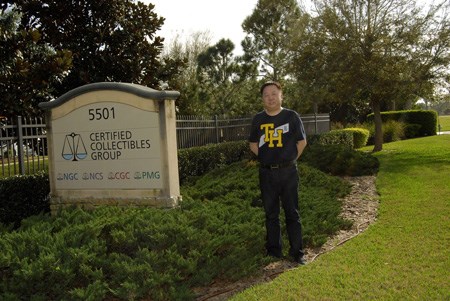 Leo Wang at the entrance to CCG Headquarters

While at CCG Mr. Wang submitted two exceptional 1982 Pattern 100 Yuan Panda coins struck in brass from his collection. One features a Temple of Heaven reverse design while the other features a Great Wall proposed reverse design. Both coins were graded NGC PF 69 Ultra Cameo. 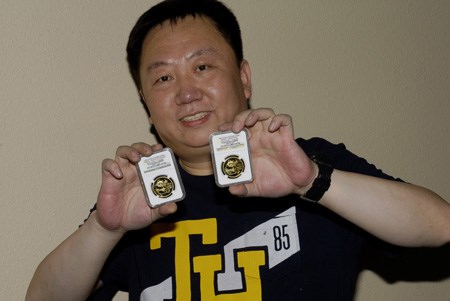