NGC will encapsulate the National Baseball Hall of Fame commemoratives and other legal tender coins with attractive certification labels that feature a range of popular MLB trademarks. 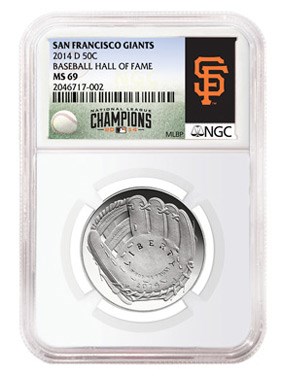 Baseball is known as “America’s National Pastime” and enjoys a rich history that dates back more than 175 years. Steeped in tradition, baseball evokes more nostalgia among Americans than any other sport.

Major League Baseball traces its roots to 1869 and now includes 30 clubs in cities throughout the United States and Canada. MLB and its clubs boast some of the most devoted fans of any sport in the world. 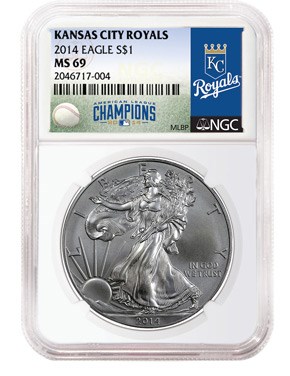 NGC and the exclusive MLB agreement present baseball fans and coin collectors with an exciting new opportunity to combine their passions for the sport and the hobby. NGC will encapsulate the National Baseball Hall of Fame commemoratives and other legal tender coins with attractive certification labels that feature a range of popular MLB trademarks, including the MLB silhouetted batter logo, the logos of the 30 clubs, stadium imagery, MLB All-Star Game logos and more.

“Americans have a special relationship with baseball that’s built upon both the fond memories of the game’s past and the thrilling new moments that it provides fans today,” says Steven R. Eichenbaum, CEO of NGC. “NGC-certified coins with MLB labels not only appeal to coin collectors who follow baseball, but also to the millions of baseball fans who want a new and interesting way to show their devotion. This program has the potential to introduce countless baseball fans to the coin collecting hobby.” 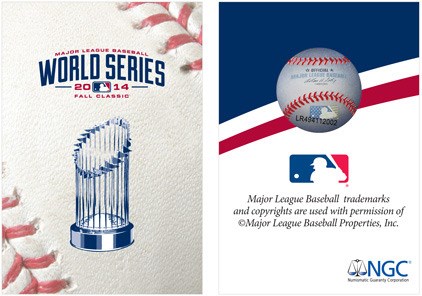 Collectors should watch for a suite of new NGC labels featuring MLB logos, which will include a special program to coincide with MLB Opening Day on April 6, 2015. More details will be announced by NGC later this year.