NGC will be offering its popular Introduction to Grading class at the Whitman Baltimore Winter Expo on Saturday, November 1. Register today! A few seats are still open.

NGC will conduct it's popular Introduction to Grading class on Saturday, November 1, 2014 from 9 a.m. to 4 p.m. at the Whitman Baltimore Winter Expo in Baltimore, MD. The cost to attend the class is $149 for paid NGC Collectors Society members and $199 for Free Collectors Society members and non-members (new attendees only) who register. Classroom space is provided courtesy of the Whitman Expo. 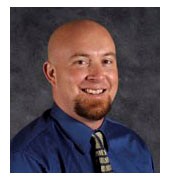 The son of a coin dealer, John grew up around coins. He started working summers for his father at the age of 15, bird-dogging coins for dealers. After high school, he worked full time for his father's business. At 20, John enlisted in the Army and served for four years. After leaving the Army, he decided to pursue numismatics as his career. He joined NGC in 2004 and has worked as a grader for 10 years, rising up the ranks advancing his knowledge and passion for rare coins.

Introduction to Grading will cover a variety of important grading topics including proper lighting, the subtleties of About Uncirculated versus Mint State, counterfeit detection, the differences between strike versus wear and the key attributes commonly considered to constitute positive eye appeal.

The class will be taught by NGC grader John Schuch, II. John joined NGC in 2004 and has worked as a grader for 9 years, advancing his knowledge and passion for rare coins. He has taught numerous grading classes at the American Numismatic Association’s Summer Seminar.

Here's what a few past attendees have said:

The class is limited to 20 students and is available on a first-come basis. New attendees only. Advance registration is required.

You will receive an email with payment instructions.

If the class is full, email class@ngccoin.com to be added to a Wait List. You will be contacted if space becomes available.