An American In Paris

I really had no idea of what to expect of the numismatic scene in Paris. I figured it was time to check it out for myself. 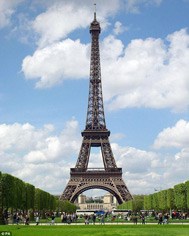 Each year my family tries to travel abroad as an escape from our normal routine and to spend some quality time together. I also feel it is important for my children to experience other cultures. Generally, the trips are intended for me to get away from the coin business and enjoy the family. Years ago, a trip abroad provided a true escape, as no one could contact you unless it was an emergency. Today, it is quite easy to call, text, and email on your cell phone. I guess I could have left the cell phone at home, but I would hate to miss that next big deal! I should have probably titled this article, “Confessions of a Coin Junkie.”

The first stop on our trip was the beautiful city of Paris. I had been there many years ago, but the rest of the family was seeing it for the first time. We all thoroughly enjoyed the typical sightseeing most tourists engage. We visited the Louvre, the Eiffel Tower, Versailles, and much more. One place that was on my list, however, was a visit to the numismatic shops in Paris. My son, Ben, who is also a coin dealer, went along as my side kick for the day. My wife and daughter found other pursuits in Paris that were much more interesting to them than checking out coin shops. I really had no idea what to expect of the numismatic scene in Paris. For years, Americans have been going to Paris to purchase United States gold coins. Several have actually focused their careers on this interesting numismatic niche. Unfortunately, how it all operates is quite secretive. I figured it was time to check it out for myself.

Luckily, with a few inquisitive Google searches, we were able to determine that most of the numismatic shops are on or within a few blocks of one street, The Rue Vivienne, near the old Paris stock exchange building. What I did not realize, however, is that most of the numismatic shops are also money exchange operations. Money exchange must be quite a big business in Paris. I found out the hard way about the importance of getting a good rate of exchange. Our hotel offered around 60 Euro for each $100. Money exchange booths near our hotel gave rates of between 50 and 60 Euro per $100. The rate in most of the coin shops on Rue Vivienne was over 70 Euro per $100. If you are going to be in Paris for more than a few days, the difference in these spreads can have a significant impact on your costs.

The numismatic shops in Paris were nothing like I had imagined. Most have tiny rooms as an entry with the employees safely behind glass walls. Transactions are conducted though small trays beneath the glass. Some had rather interesting coins in the windows, mostly French or ancient coinage. Many of the shops display their latest catalogue or other generic material in the windows. The coin shops in Paris are without a doubt most “customer unfriendly” to the casual observer. The numismatic experience is quite different from that found in most coin shops in the United States.

Despite the intimidating first impression, we were determined to become “US gold buyers for a day.” Most of the shops have large charts of gold coins from around the world. The stores make markets in everything from gold sovereigns to United States double eagles. We were interested in the latter. Anyone who has been in numismatics for very long has heard stories of the vast quantities of US double eagles in European banks. These were sent to Europe during WWI for commercial purposes and after the Depression when gold was made illegal to own in the United States. The majority of the double eagles found on the NGC population report are probably from these sources. I suspected it would be difficult to find good deals by simply walking into a shop, but that did not deter us from trying.

We started at the end of the street and worked our way down. After being buzzed into the tiny lobbies, I would ask the person behind the counter if they had any United Stated gold coins. The typical answer was a rather curt “NO.” Being on the mission that we were, we simply went next door and tried again. One shop attendant actually went in the back room and retrieved an AU Saint Gaudens double eagle for me to examine. The coin was priced around $1,450. The price was actually quite fair for someone walking in off the street, but did not meet my requirements of a bargain. I decided to ask for rare or higher grade coins, but this was definitely a non-starter. Some referred us to their website, but I suspect there will be little of interest other than bullion related items. 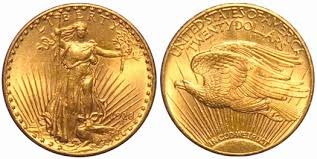 The mission continued until we finally met a shopkeeper who took an interest in our pursuit. He was quite friendly, and after a few minutes of name dropping, the name William Paul came up. William had been plying the streets of Paris and other European cities for decades searching for US gold coins. He had made a great living doing this until his untimely death last year of cancer. I also asked the shopkeeper if he had a Red Book. When he produced one, I pointed out that my name was on the cover as valuations editor. I’m not sure if he was impressed, but he did agree to see us the next day and show us some US gold coins. Finally, we had the big break we were looking for!

The next day, we had an appointment to revisit the shop around 4 pm. We took a cab from our hotel, but we were stopped a few blocks from Rue Vivienne by police barricades. We walked the remainder of the way until we reached his shop. The gentleman opened the door to his tiny office and offered us seats. We could tell he was quite nervous but had no idea why until later. After the exchange of a few pleasantries, he went to another room to retrieve the coins for my big buy. He returned and handed me four Saint Gaudens double eagles. Two were lightly circulated, the other two being around MS 62. He priced them at around $1,450, again a fair price, but not what I was looking for. I asked if he had any better coins, and at that moment the appointment was over. We were shuffled out the door in seconds. I suppose we will not be making bi-monthly buying trips to Paris after all!

Later that afternoon, we saw on the news why the owner of the coin shop was so nervous. The police barricade was the result of an armed robbery of one of the coins shops a few blocks away. The robber had broken into the shop with a hammer and pulled a gun when confronted. He escaped into the subway with over $100,000 worth of gold coins, but he was later captured by the police after a shootout in the subway. Luckily, the only one harmed was the bandit who was shot by the police. I guess we all now understand the high security nature of coin shops in Paris.

Paris is wonderful city to visit and is highly recommended. If you collect coins, however, your time would be better spent at the Louvre, rather than searching the streets of Paris for numismatic bargains.

Next time - An American in London