When Quality Is Not Everything

There is plenty of demand for major rarities in any condition. 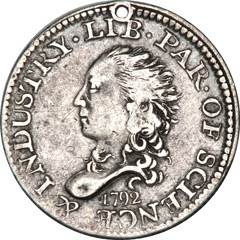 For much of the last few years nearly everything you read about in numismatic market reporting is the insatiable demand for top quality material. Nearly every auction held has coins bringing record prices in Gem condition. This phenomenon, however, ignores another interesting part of the rare coin market. There is plenty of demand for major rarities in any condition. A recent auction offered a well worn 1792 Half Disme that had been damaged, with just VG details certified by NGC. The coin sold for over $28,000. Obviously the buyer of this coin was more interested in the history of the coin than its condition. This same $28,000 could have been spent on a much more pedestrian issue in Gem condition. Not everyone goes crazy for coins based solely on quality. 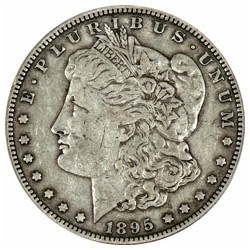 Other examples of lower grade coins bringing big bucks are circulated 1895 Proof Morgan Dollars. A choice example of this date sells for under $60,000. Surprisingly, even a coin with some signs of circulation still brings over $35,000. An NGC PF 58, 1895 Morgan Dollar sold in the 2014 FUN auction for $35,250. There are plenty of Morgan dollar collectors who have always wanted to own any specimen of this classic issue. These collectors are not extremely quality conscious, and will pay substantial sums just to acquire one. That being said, even collectors looking for rarity still appreciate lower grade coins with good eye-appeal. Coins lacking stains, dark surfaces, or major damage will sell for premiums.

These issues have also been great investments over the years. An 1895 Morgan Dollar in circulated condition could have been purchased for less than $20,000 a decade ago. These coins may not have the stratospheric rise some Gem coins have experienced, but they have made solid gains over the years. You can also be sure that in the future there will always be a demand for classic issues in any grade. Anyone who collects a series will eventually get down to the really tough issues. They can decide to mortgage the back forty, or settle for a lesser quality example. Many go the less expensive route when the opportunity presents itself.

In the last few weeks I purchased a collection of scarce date United States gold coins. The collection contains many interesting coins, many of which are high grade and nearly finest known. One coin that will sell almost instantly is a 1929 Double Eagle graded AU 58 by NGC. The coin is one of the lowest grade pieces of this date I have ever seen. Most of the 1929 Double Eagles were melted in the 1930s. A small number survive, nearly all of which grade MS 63 or better. This particular coin entered circulation for a brief time and is quite unusual. The coin will sell for around $20,000, which is 50 percent less than what a Choice example would bring. What makes the coin so desirable, however, is that the coin is the least expensive example of the date. Not everyone is trying to assemble the finest known set of a series.

Probably the best example of a great coin selling for a large sum in lower grade is a circulated 1804 Bust Silver Dollar. A circulated example sold a few years ago for over $2,000,000. The buyer of this coin was attracted to having their names attached to one of the greatest US coins ever minted. Even though the buyer saved a few million by purchasing a circulated example, the pride of ownership is probably just as great. Even at the multi-million dollar level, there are people who see a bargain and are cost conscious when assembling their collection.

Another hot area of the market for less than spectacular Gems is the demand for perfectly circulated coins. At the most recent Long Beach show I saw an NGC AU 58 Bust Half Dollar sell for over $1,000. The coin had great color and evenly circulated wear. Circulated coins with great eye appeal can sometimes sell for more than a Mint State example. Lower grade copper coins are particularly desirable when found with mark-free, chocolate brown surfaces. Anyone who has collected circulated coins knows how difficult it can be to find problem free coins.

The next time you see another auction record fall for a superb coin, try to remember that is not the only active area of the rare coin market. Quality brings a premium, but it can sometimes be found on a well worn coin.