Learn how the US Mint makes planchets for coinage.

The beginning of the minting process starts with the production of planchets. Today, aside from cent planchets which the mint receives pre-made, the mint acquires strips of metal alloy that are prepared outside the mint by vendors. These strips or coils contain the alloys needed for the various denominations. Physically they are large, weighing in at around three tons and measuring about thirteen inches wide, fifteen hundred feet long, and close to the thickness of the final coinage. (PHOTO #1) 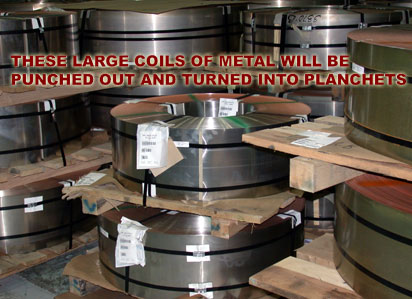 Photo #1All photographs and captions by David J. Camire

These coils are fed into the blanking press which “punches out” round blanks. (PHOTO #2) Since the blanking press utilizes a set of punches; numerous blanks are punched out simultaneously. (PHOTO #3) The punches do not fully penetrate the surface of the metal. Instead, the force of the press actually rips thru the rest of the way. In the past, these round blanks have been called Type 1 planchets by error collectors. More correctly, these should be referred to as Type 1 blanks, which is how they are currently attributed by NGC. They exhibit the following characteristics; they show the cut and tear marks of the blanking press when viewed from the side and they have the same (untreated) surface as the coil metal. (PHOTOS #4 & #5) The left over material, known as webbing (PHOTO #6), is cut into pieces upon leaving the blanking press and deposited into bins to be recycled. (PHOTO #7) 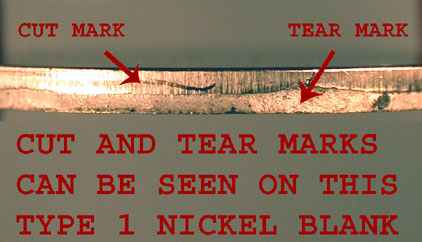 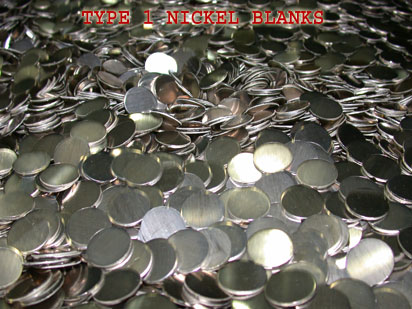 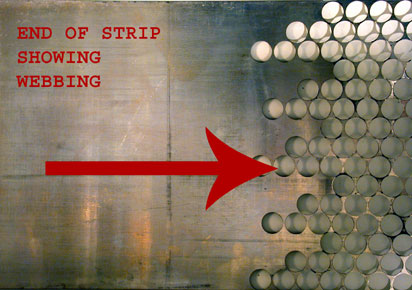 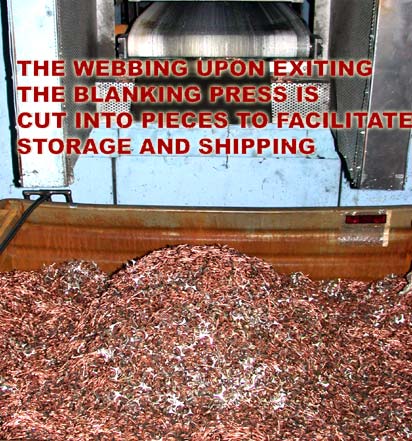 Next, the Type 1 blanks are sent thru a long machine which performs several functions. First, utilizing a furnace, the blanks are heated to around 700 degrees in a process known as annealing (softening). Then, after being cooled (or quenched), they proceed upward through a large 45 degree cylindrical tube with holes in it called the whirl away. (PHOTO #8) The blanks are then cleaned and dried exiting as shiny Type 2 blanks. (PHOTO #9) In the past, these were also referred to as Type 1 planchets (although NGC currently refers to them as Type 2 Blanks). They exhibit the following characteristics; they have an edge that shows the cut and tear marks (although harder to see), the surface is brighter from washing, and the surfaces are very marked up from hitting together which improves their characteristics for striking. All that remains is the formation of a rim. (PHOTO #10) 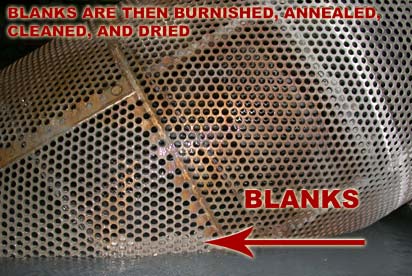 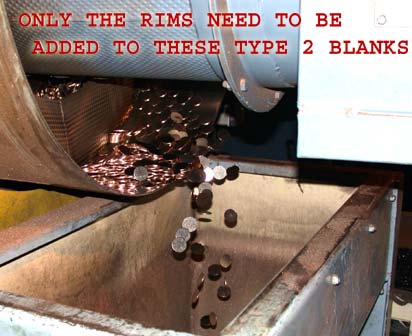 The formation of the rims takes place in the upsetting machine. Blanks are fed into a cylindrical machine that rotates at a high rate of speed. It forces the blanks into a narrow opening that reduces the diameter by raising the sides and forming a rim. (PHOTOS #11, #12, & #13) The rim is very important, since it is the highest point on the coin, it helps protect the surface of the coin and helps the coin to stack properly. 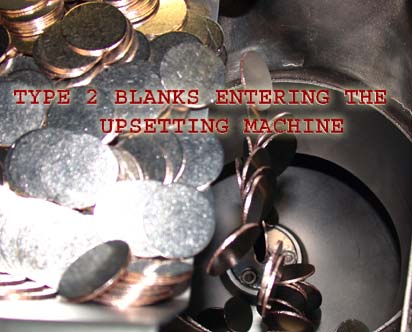 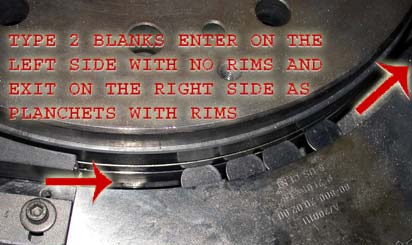 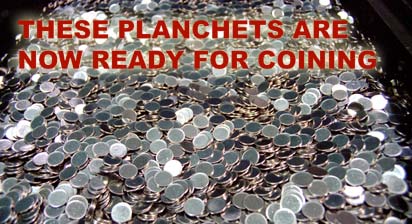 NGC attributes, weighs, and encapsulates all US blanks and planchets but does not grade them as they are not struck. They should be submitted under the appropriate error tier. An example of each type (of nickel) is shown in these NGC holders. (PHOTO #16) 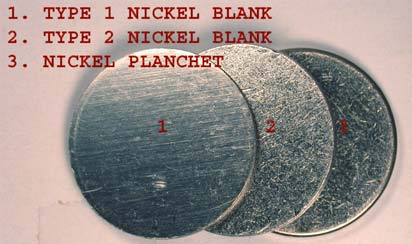 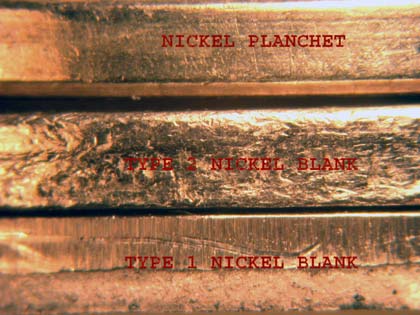 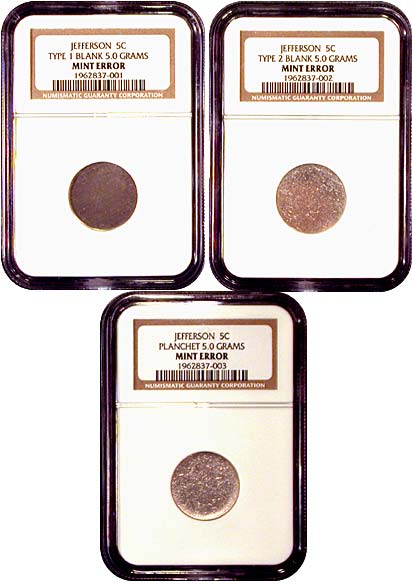