An important collection of Lincoln Cent wrong-planchet errors has been graded and encapsulated by Numismatic Guaranty Corporation. Consisting of eight pieces dated 1943 and 1944, these rare coins were submitted by collector John Whitney of New York and have been pedigreed to his collection by NGC. 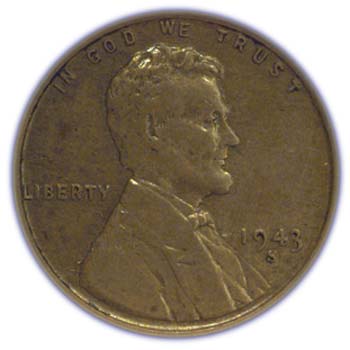 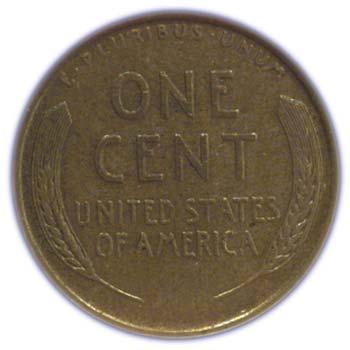 As a wartime emergency measure, the cents of 1943 were all supposed to have been coined on planchets of steel, plated with zinc. Those of 1944 reverted to the pre-war bronze alloy of copper and zinc, though without the trace amount of tin used until 1942. Still, numismatists have known for many years that a small number of 1943 cents were coined on bronze planchets in error and that a somewhat greater number of 1944 cents were mistakenly coined in steel. Rare and highly desired by collectors, these 1943-44 wrong-planchet cents have been making headlines in the past couple of years, as a number of highly-publicized sales have occurred at auction.

The eight coins submitted to NGC by Mr. Whitney represent a remarkable assemblage that probably could not be duplicated in the current market.

Included are one example each of the 1943 cents from the Philadelphia and San Francisco Mints struck in bronze. Both have been graded AU 58 BN (brown) by NGC. The 1943-P cent is the finest of only four certified by NGC, while the 1943-S specimen is the first of this mint that NGC has graded. 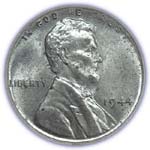 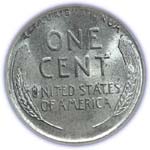 Also included in the Whitney Collection are two 1944 Philadelphia Mint steel cents, grading AU-58 and MS-63, respectively. These bring the population of such coins graded by NGC to just three, the mint state specimen being the finest.

The final two coins submitted by Mr. Whitney are 1943-S cents struck on silver dime planchets. Grading AU 55 and MS 63, respectively, these are the first such wrong-planchet coins certified by NGC.

The name of John Whitney is already familiar to the hobby from his award-winning collection of the United States coinage of 1796. Representing all of the various dies employed that year, this amazing display was on exhibit again at last summer's ANA Convention in New York City.

"The old false rumor of Henry Ford offering to exchange a new car for a 1943 copper cent had planted a seed in me as a teen-ager growing up during World War II. I finally was able to acquire the first of the coins in the early 1980's. I've been adding to the collection ever since, both privately and by auction, and expanding it to include wrong-planchet overstrikes and brockages.

"With the recent auction activity of several 1943-44 wrong-planchet cents and NGC's recent grading and encapsulation of many of those coins, I felt that NGC had the best experience to examine my collection. This is reinforced by Dave Lange's expertise on the entire Lincoln Cent mintage from his research in writing his latest book on Lincolns."

The Whitney Collection of 1943-44 cents was examined by NGC's director of research, David W. Lange, who weighed each piece and determined that all fell within the legal tolerance for their respective planchets. Lange, who is the author of The Complete Guide to Lincoln Cents, was struck by both the quality and the importance of this collection: "I've personally not had the opportunity to examine so many examples of 1943-44 wrong-planchet cents at one time until this impressive group came across my desk. The choice condition of several of these pieces permitted a more conclusive determination of genuineness than is possible with most surviving examples, which are typically worn, cleaned and/or corroded. Mr. Whitney has put together an important reference collection and one which I had the real pleasure of documenting thoroughly."