THE HISTORY OF COIN GRADING

Rarity and condition are key elements in establishing the value of a coin. Rarity is easy to establish, as there is widespread agreement on the rarity of most coins. Evaluating condition is more of a challenge. In the early years of coin collecting, three general terms were used to describe a coin's grade: 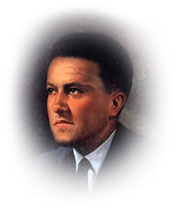 In 1948, a well-known numismatist by the name of Dr. William Sheldon attempted to standardize coin grading by proposing what is now known as the Sheldon Scale. His scale, which runs from one to 70, was originally devised specifically for large cents, but it is now applied to all series. The Sheldon Scale was a vast improvement over grades such as Good and Fine, but there was still substantial room for disagreement among two parties based on subjective opinion.

For a buyer with an untrained eye, this was a problem. If you were unable to distinguish between an MS 63 and MS 65 coin, you were at the mercy of the seller who established the grade. Even a one-point difference in grade could mean hundreds or even thousands of dollars difference in value. With so much riding on opinions that varied widely, it was difficult for collectors to justify purchasing coins of any significant value. 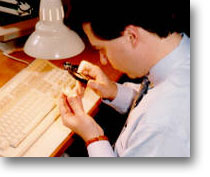 NGC has assembled the finest, most respected team of graders in the industry.

In 1987, coin grading was raised to a new level of consistency with the founding of Numismatic Guaranty Corporation (NGC). NGC-certified coins offer guaranteed authenticity and grading expertise so that collectors may buy and sell even the most expensive coins with greater confidence. Millions of collectible coins, and a remarkable number of the world's finest-known coin rarities, have been entrusted to NGC for grading. Just a few of the renowned coins graded by NGC include:

Today, grading standards considered to be the most consistent among grading services have helped establish NGC as the largest grading service in the world. NGC is now grading more coins than any other service. In addition, NGC has the largest dealer network of any coin certification service.

There are many reasons why you should send your coins to NGC for grading.

There are important advantages for collectors and coin professionals in having their coins graded by NGC. First, NGC's professionals will establish that a coin is authentic.

Second, coins that are submitted to NGC are assessed for their condition and then assigned a numerical grade or Details Grade, as appropriate. This grade is important because it is a primary element in gauging value. It is important that coin collectors have their coins accurately graded according to a consistent standard, which is readily accepted in the open marketplace, in case they wish to sell their coins. NGC's expertise in this area is what has made it the number-one third-party grading service.

Third, an important advantage to having NGC grading is encapsulation in NGC's secure and protective hard-plastic holder. The NGC holder has been found in an impartial test of grading service holders to be the most effective holder available on the market today for long term protection of coins.

It's easy to submit your coins for NGC grading. You can submit your coins directly to NGC as a member of the Collectors Society, the most complete collector’s resource available anywhere — an NGC submission account is one of the many great benefits of membership. Alternatively, you can contact an NGC Authorized Dealer in your area who has the expertise to assist you in screening your coins for grading and selecting appropriate NGC submission tiers.