This month, David W. Lange continues recalling a pivotal year in the history of United States coinage, with part four in his series. 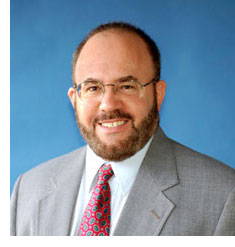 Until 1834, United States gold coins were largely unknown to the American people. The weight standard established in 1792 for gold was seemingly correct at that time, but shifts in the metals market a few years later made such pieces worth more as bullion than as legal tender. The inevitable result was that these coins were shipped overseas and refashioned into the money of other nations almost as soon as the Philadelphia Mint could deliver them to depositors.

After years of dancing around this reality, Congress finally passed legislation effective August 1, 1834, which lowered the weight of our gold coins enough to permit them to circulate domestically. Still remaining was a very awkward standard of .8992 gold, with the balance being primarily copper with traces of silver permissible. Very difficult for the Mint’s refiners to achieve, this standard was revised to a more practical .900 gold in 1837, the year of this month’s study.

The impetus for making these necessary changes was the discovery of the first large deposits of gold in the United States. Beginning in the late 1820s, Georgia and North Carolina both became the focus of prospectors from around the country. These sources of domestic gold thrived for the next few decades, until their riches were eclipsed by those of California and Colorado.

With so much gold arriving at the Philadelphia Mint, agitation began for the creation of branch mints that would be situated closer to the mines. This resulted in 1835 legislation that created new facilities at Charlotte, North Carolina, and Dahlonega, Georgia, each mint restricted to the coining of gold alone (a third mint in New Orleans was authorized at the same time, but its role was to refine and / or coin both silver and gold arriving into that port from Latin America). None of these mints began striking coins until 1838, so they will play no role in this look at the previous year’s gold coinage, all of which was made at Philadelphia.

Coining of the eagle, or ten-dollar piece, had been suspended in 1804 due to its widespread exportation as bullion, though its production would resume in 1838 under the new standards. After about 1814, the half eagle and quarter eagle were likewise exported and melted almost en masse, but the government chose to ignore this situation until the 1830s. In 1837, the only gold denominations still current were thus the five-dollar and two-and-a-half-dollar pieces. These had been produced in very large numbers since 1834 and especially so during 1836. In that year, after decades of haggling, France finally paid the United States reparations for its seizure of American property and personnel during the Napoleonic Wars. All of this compensation arrived in the form of French gold coins, which were then melted and restruck as American half and quarter eagles.

This production eased in 1837, when the mintage of quarter eagles fell to less than a tenth of the 1836 figure, a mere 45,080 pieces being issued. The half eagle, always being a more useful and popular denomination, fared much better. Some 207,121 five-dollar pieces were made that year.

Beyond mintage figures and rarity ratings, there exists little published information on gold coins of this Classic Head type. Books don’t hold the answers, and one has to search out specialized journals for answers about dies and varieties. John W. McCloskey is the premier researcher in this area, and he has provided us with some very useful facts.

Three die marriages are known for the 1837 quarter eagle. A single obverse die was paired with two different reverses for the currency strikes, while an entirely different pair of dies was used to coin the three known proofs pieces. Both obverse dies feature a script-style or “Fancy 8” in their dates. All regular 1837 quarter eagles are scarce but collectable. Just two proof examples are available to collectors, one of them impaired, while a third piece is part of the Smithsonian’s National Numismatic Collection.

The 1837 half eagle is represented by three die marriages, each one featuring unique pairings of three obverse and three reverse dies. Two of the obverses feature dates having the symmetrical or “Block 8,” one with a single forelock to Liberty’s hair and the other a double forelock. The third obverse die has the Fancy 8 found on quarter eagles and a single forelock. The distinctions in the reverse dies are quite subtle and hard to detail. Walter Breen described “Small 5” and “Large 5” varieties in the size of the denomination text, but the differences are negligible. McCloskey distinguishes these dies by the size of the bud on the olive branch and by the absence or presence of a tongue to the eagle.

While noticeably scarcer than other earlier dates of the Classic Head type, the 1837 half eagle is not a truly rare coin and carries only a modest premium. The Fancy 8 variety is the toughest to locate of the three known marriages, though the overall coin market seems to place little or no premium on any of these varieties. The single known proof is in the Smithsonian Institution, and it has a Block 8, single forelock and no tongue.