This month, David W. Lange takes a look at the intricate date styles of the half-dollar series. 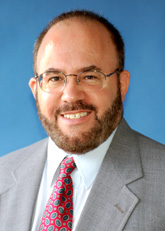 Continuing my study of date styles for the past century’s coinage, this month I’ll take a look at the half dollar series, beginning with Walking Liberty and Franklin halves. The date 1916 on the new Walking Liberty half dollar was nearly identical to that on the Mercury dime. This is not surprising, as both coins were sculpted by Adolph A. Weinman. More interesting is that the US Mint’s sculptor-engravers were so diligent in maintaining this style of numbering throughout the half dollar’s 32-year run.

Weinman utilized a broad, open style 9 with a long tail, and numeral 6 was its inverted twin. Both numerals 1 featured small, straight serifs at either side of the base, which even on well struck pieces appeared as indistinct bulges. At the top of the 1 was a more prominent, slanting serif. Both 1 and 9 remained consistent in appearance year after year. Even after Chief Engraver John R. Sinnock closed the loop of the 9 on dimes starting in 1926, the half dollar remained true to its origins.

When numeral 2 debuted in 1920, it displayed a broad, ogee curve to its central stroke and a flat base. The curve was straightened for 1927–29, while the base of the 2 featured an upward slanting serif. In 1942, this numeral was a hybrid having the ogee curve and a faint serif.

The first appearance of a 3 on the half dollar was in 1923. Conforming to most denominations of that date, it possessed a flat top not seen thereafter. The 1933 emission displayed a round-top 3 having a long, arcing tail pointing left. This tail grew even longer the next year and pointed upward through the remainder of the decade. In 1938 alone, it was slightly shorter, while the 1943 halves revealed a much shorter tail that was closer in style to that of 1933.

The 1934 half dollars featured a numeral 4 having a plain base, but straight serifs were added to this base for 1940. A tiny, upward slanting serif was then added to the horizontal segment of the 4 in 1941, but this was dropped after 1944. The triangular opening within the 4 varied in size according to how high the horizontal was situated, being smallest in 1944 and largest in 1946–47.

Numeral 5 appeared only twice in this coin series, 1935 and 1945. The former has a slightly longer tail, but in all other respects they are identical. The style of 6 employed for Walking Liberty halves likewise changed quite little. It remained simply an inverted 9, though the 6 of 1936 was faintly taller than in 1916 and 1946. Numeral 7 appeared four times without significant change. The horizontal segment acquired a tiny, downward serif in 1927 not seen ten years earlier, and this remained for 1937 and 1947. In the latter year, the diagonal of the 7 was slightly curved, unlike the straight segment used previously.

In its three appearances, numeral 8 always displayed a small loop stacked atop a slightly larger one, though in 1938 this figure became broader overall. Only two dates in this series featured a 0, 1920 and 1940. In both instances this character was almost perfectly round, though the latter date featured a 0 that was distinctly smaller.

The Franklin half dollar, due perhaps to its short duration, reveals very few changes in date style. Numeral 1 remained constant throughout this 16-year series, being a straight column having just a subtle, downward slanting serif at upper left. Its neighbor, numeral 9, underwent very few changes, and the same basic shape was retained from 1948 through 1963. The inside loop ended in a sharp point 1948–55, but this point became blunt for the years 1956–60. It never again ended in a sharp point, though the ending was narrower for 1961–63.

The figures 2 and 3 each appeared in just two years and did not vary in style. The narrow, sans-serif 4 used 1948–49 gave way to a broader one for 1954. The revised figure gained serifs on either side of its base, as well as an upward pointing one on the horizontal member. Numeral 5 was of consistent style throughout, but its hanging tail was shortened slightly in 1951 and all subsequent years.

Figures 6 and 7 each made solo appearances. The former was simply an inverted twin to the 9, while the 7 was slightly curved. The charming script 8 of 1948, reminiscent of many pre-1840 issues, became a simple block 8 in 1958. The upper loop was slightly smaller than the lower, a common feature in 20th-century USA coins. Numeral 0 retained the same style for 1960 that had been used ten years earlier. This was a simple ovoid figure which became a bit heavier in its second appearance. Dates for the Franklin series were heavier in general from 1956 onward, this change coinciding with the blunt-loop 9 adopted that year.