The two reverse styles are very easy to distinguish from one another. As NGC previously reported, the most obvious identification diagnostic is the U of UNITED on the coin’s reverse. On the Reverse of 2008, the U has a spur on the right side of the letter. The Reverse of 2007, has simply a bowl-shaped U, without spur or downstroke. A number of other diagnostics are evident and are illustrated below.

NGC is designating 2008-W Silver Eagles with reverse style of 2007 as REVERSE OF 2007. Coins of the newly modified style, or Reverse of 2008, are encapsulated without designation. "This is a significant hub variety," comments Rick Montgomery, NGC President. "It has very clear diagnostics, and appears on one of the most widely collected of all US coins. We’re also very proud to be the first to present this information to the numismatic community and to attribute the variety as part of the NGC certification process."

At present, it is not know whether bullion issue 2008 Uncirculated Silver Eagles, without W mintmark, can also be found with both reverse types. The relative rarity of Reverse of 2007 coins versus Reverse of 2008 coins has also not yet been established. NGC will report the newly discovered variety in the NGC Census.

APRIL 21, 2008 UPDATE: According to the May 5 issue of Coin World, Leesburg, Ga., collector John Nanney notified them of the Uncirculated 2008-W American Eagle, Reverse of 2007 silver dollars by on April 15. This is the first reported discovery. For comprehensive reporting, see Coin World. 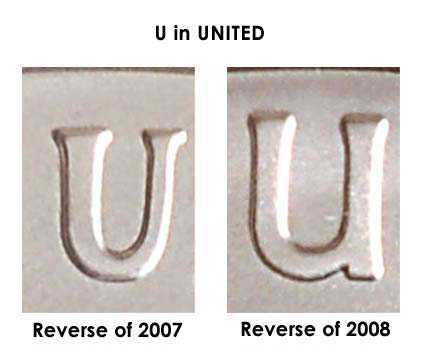 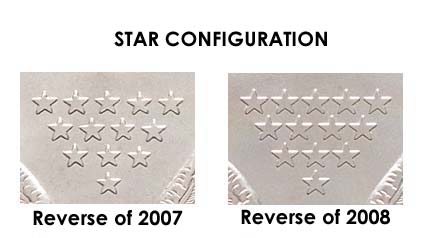