The vast hoard of Morgan and Peace Silver Dollars accumulated by LaVere Redfield during his lifetime was put out to bids following his death, and this hoard was marketed by several coin dealerships during the late 1970s and early 1980s. Many of these coins so offered were sealed inside rectangular, plastic holders identifying the coins as having been part of the Redfield estate.

Some of these holders display grades of either MS 60 or MS 65 as issued, the only Mint State grades in wide use at that time. Such grades have proved to be inaccurate by current standards. NGC will grade Redfield Dollars inside these original holders by placing a plastic label band around the outside of such holders with its own assigned grade. Since the Redfield holders are not designed and tested by NGC for long-term storage, NGC cannot guarantee the grade it assigns to these coins. This grading is performed as a service to submitters who do not want to lose the nostalgia and collectability of the original holders. 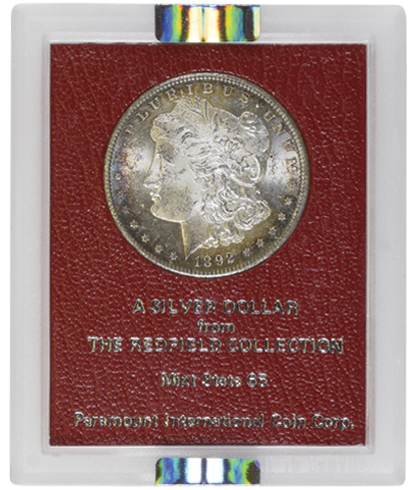 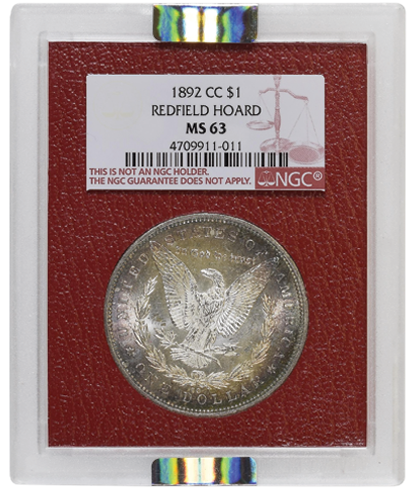